Lock Upp: Poonam Pandey out of the show, said - this contestant should become the winner 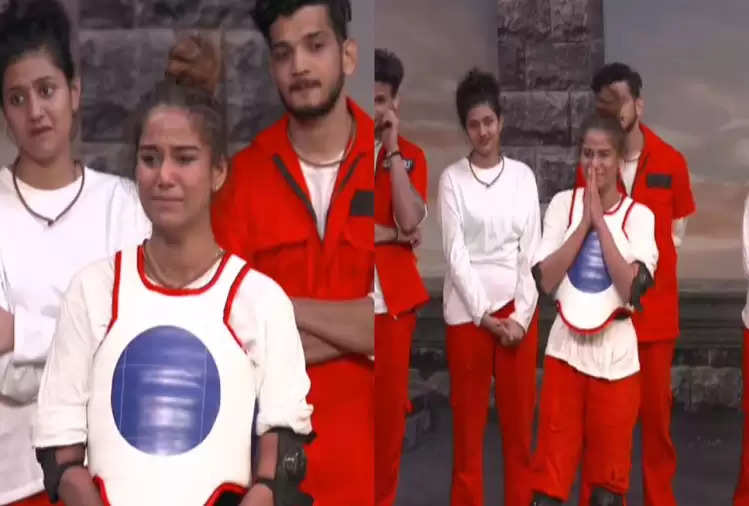 As Kangana Ranaut's reality show Lock Up is heading towards its finale this weekend, the makers are coming up with new twists and turns in every episode of the finale. Karan Kundrra, who usually appears in Friday's episode for the atrocious game, stunned the inmates and the audience by appearing in the episode that aired on the night of Tuesday, May 3.

During last weekend's Judgment Day episode, Kangana Ranaut placed Poonam Pandey and Sayyeshaa Shinde in bottom two and informed everyone that there would be a 'riot' between the two ladies and the one who would lose it would have to leave the show.

In the episode streamed last night, Karan started this riotous task named 'Patli Gali Se Nikal', in which Sayesha and Poonam had to cross each other through a tunnel and press the buzzer at the other end in separate rounds. Saisha emerged victorious in the end and Poonam Pandey was kicked out of the show. As she walked out the other contestants gave her a standing ovation and Karan praised the model actress.

After exiting, Poonam mentioned in an interview that she feels Munawwar Farooqui should win Lock Up.

Talking to BollywoodLife.com, the Nasha actress said, "I think Munawwar should win. The kind of things he has done inside the show are commendable and I can't think of any other name. "

She also said that she likes Payal Rohatgi too and deserves to win, but concludes by reiterating that Munavvar should be the winner of the first season of Lock Up. After Poonam's exit, there are seven contestants left in the show namely Shivam Sharma, Azam Falah, Prince Narula, Anjali Arora, Payal Rohatgi, Munawwar Farooqui and Sayesha Shinde.