Kriti Sanon is to be seen with Shahid and will play the role of a robot! 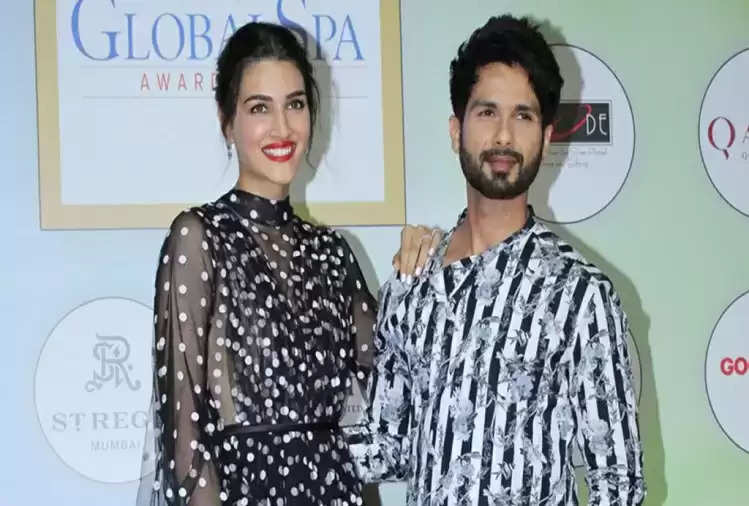 Shahid Kapoor has worked with many actresses in his career but he and Kriti Sanon never appeared together in any film. However, this is going to happen soon. Shahid and Kriti will be seen together in a film under producer Dinesh Vijan's banner Maddock Films.

This will be a unique and biggest love story ever under Dinesh Vijan's banner. The workshops and script reading sessions for the film will reportedly begin in September. By the way, let us tell you that Kriti and Shahid were supposed to work together in the film 'Farji' 7 years ago, but later this film was shelved.

Kriti will be seen in the role of Robot

If reports are to be believed, then it will be a robot rom-com (romantic-comedy) movie. The story between the love of a machine and a human will be shown in the film. Shahid will be seen in the role of a boy working on robotics in this. At the same time, Kriti will play the role of a robot in it.

The banner is preparing to shoot this film on a big scale. The shooting of the film will start at the end of November this year. The film will be directed by writer-turned-director Amit Joshi. Amit has earlier written films like Rajkumar Rao starrer Trapped, India Lockdown, and Mumbaikar.

So far only 'Robot' has been made on this theme, in Hollywood many films like 'Her', 'Blade Runner, 'Robot and Frank', 'The Mad Scientist's Daughter' and 'Star Trek' have been made on this theme. Till now, only Rajinikanth and Aishwarya Rai Bachchan starrer Tamil blockbuster film Enthiran was made on this theme in India, which was released in Hindi as Robot. Although that film was more a science fiction drama than a robot romance.