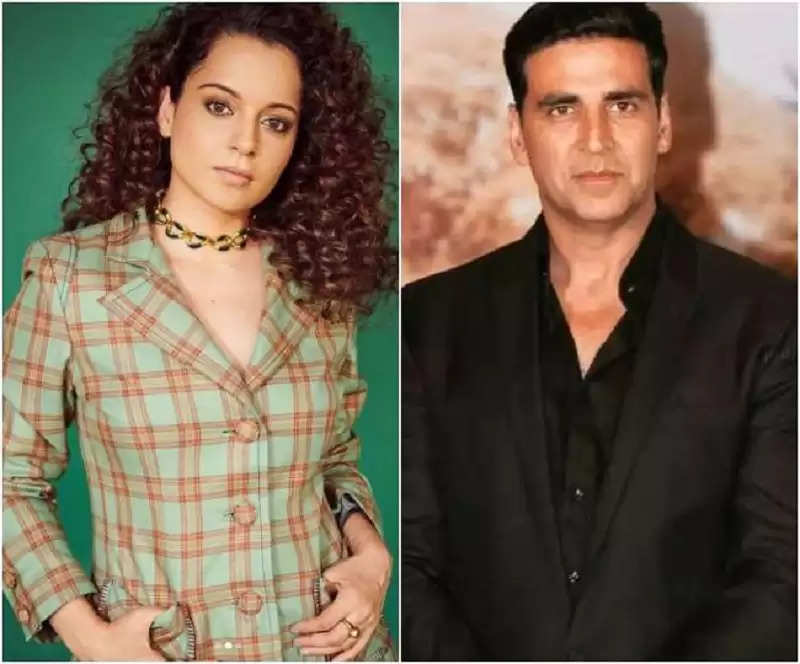 Kangana Ranaut hits out at Ajay Devgn, says Ajay Devgn goes and plays a female-centric film. But will he do that in my film? I will be more and more grateful and

Kangana Ranaut is busy these days with the promotion of her upcoming action film 'Dhaakad'. Kangana does not hold back from answering any questions during this time. Recently, in one such interview, he targeted Bollywood on two superstars Ajay Devgan and Akshay Kumar. He was asked to comment on Ajay Devgan's 'Bollywood bonhomie' statement and also asked, do you think there is so much brotherhood in Bollywood?

Kangana replied, 'But Ajay Devgn will never promote my film. He will promote others' films, but will never promote my film. Akshay Kumar calls me quietly, to tell me 'hush-hush' you know, I love you 'Thalaivi', but he won't tweet my trailer.' When Mirror Now asked Kangana, 'Why do you think so?' He replied, "You need to ask them, not me, ask them."

Kangana further said, 'Ajay Devgan goes and plays a female-centric film. But will he do that in my film? I will be more and more grateful if and when he does. If he supports my film like Arjun Rampal did. Of course, it is quite clear that they do not want to. I think all actors should support me because I support them.

Taking his point further, he said, 'I had first praised films like 'The Kashmir Files' and 'Sher Shah'. I admired Sidharth Malhotra and even Karan Johar's films. I did it openly, not silent calls. I believe that everyone in Bollywood should support each other, but they do not believe. But I am sure this will change.