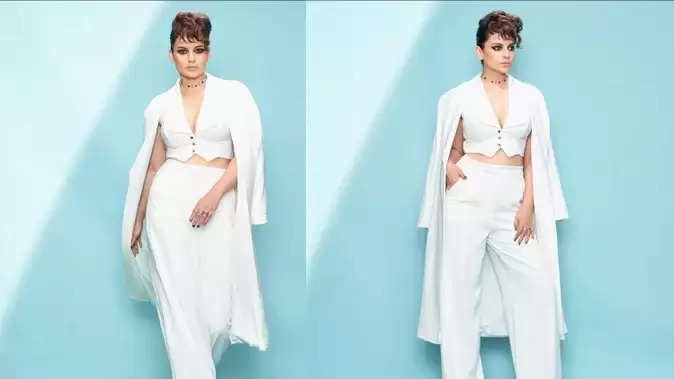 Bollywood actress Kangana Ranaut is known for her outspoken statements. Be it nepotism in cinema or any political issue, Kangana gives her outspoken opinion on everything. However, sometimes she also gets into controversies because of this. It is known that due to this, Kangana's account was suspended on Twitter, which has not yet been restored, but now that Elon Musk has bought Twitter and he is officially the owner of Twitter, in such a situation, among the fans Once again it is being discussed that Kangana's Twitter account can be restored again. So let's take a look at some of the reactions on Twitter.

Ever since the news of Elon Musk buying Twitter, there has been a flood of memes. At present, social media fans are making a lot of memes on Twitter. Meanwhile, some reactions are also coming about Kangana's Twitter account. A user has shared a picture of Trump and Kangana, in which Kangana can be seen with folded hands. Sharing this picture, the user wrote in the caption, Kangana and Donald Trump after Tesla CEO Elon Musk bought Twitter for $ 44 billion. Responding to Twitter, a user wrote, "Welcome again Donald Trump and Kangana Ranaut, Twitter is incomplete without you... let me welcome Kangana and Trump." Along with this tweet, a picture of Jaya Bachchan from the film Kabhi Khushi Kabhie Gham has also been shared. Similarly, another user also wrote, "Kangana Ranaut's Twitter account should be restored". 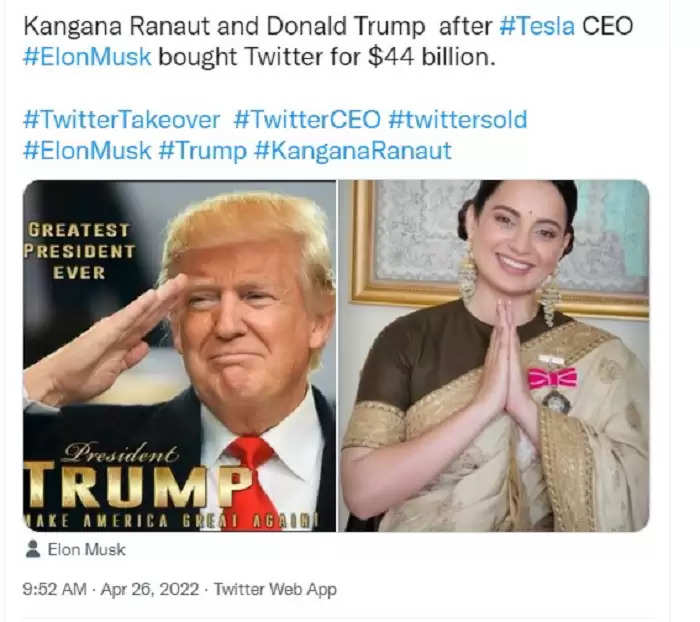 Actress Kangana Ranaut may not be on Twitter in the year 2021, but she always remains in trending about something and at this time she is still trending. One reason for which we have already told and the other reason is the trailer of his film Dhaakad, which is about to be released. Apart from this, Kangana's show Lockup also keeps trending on Twitter.