Kajal Aggrawal posed while lying on the bed, seeing the fans stunned 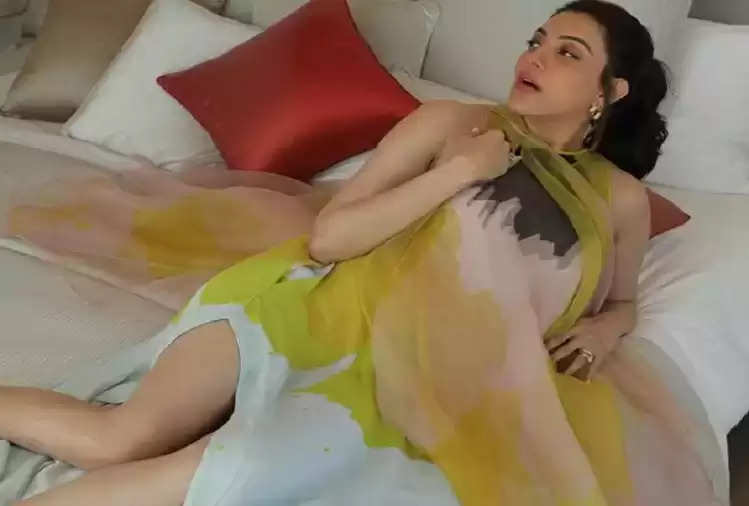 Kajal Aggarwal, the star actress of South Indian films, who has shown her acting skills in many Bollywood films, is in a lot of headlines these days due to her personal life. Recently this star actress gave birth to her first child.

Kajal Aggarwal also remains in the headlines of social media. She has won the hearts of fans with her new photoshoot photos. Fans have seen the bold look of Kajal Aggarwal in these photos. She has shared this look of hers in a thigh slit gown in three posts.

Her different style is seen in the photos. In one photo she is standing on the wall, while in the other she is seen lying on the bed and posing. Kajal Aggarwal, who has made a special identity based on acting, has completed her look with nude makeup. During this, she is wearing matching earrings.