KGF Chapter 2: Earning crores on the first day at the box office 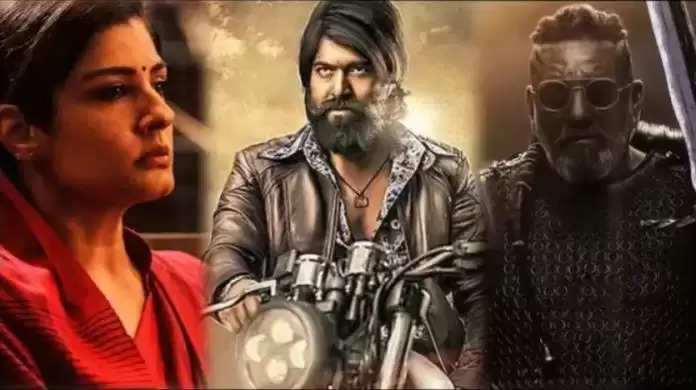 As expected, director Prashanth Neel's film 'KGF 2' has returned to the theaters as a tsunami. Not only did the film achieve the highest-grossing title of all time in Hindi cinema on day one, but it also produced 'Baahubali 1', 'Baahubali 2', and 'RRR' featuring Salman Khan, Aamir Khan, and Shah Rukh Khan. as Hrithik Roshan. The stars have faded away at the box office as well. The film has also done good business across the country. Going by the early trends, the film touched the net worth of SS Rajamouli's RRR on the first day. The film 'RRR' is a film made in about Rs 550 crores and the budget of the film 'KGF 2' is only 150 crores.

The film 'KGF 2' was appreciated by the audience across the country. From the film's show which started at six in the morning till late at night, there was a huge crowd of spectators. The film is going to earn a lot during Good Friday, Baisakhi, and the weekend holidays. According to the initial figures, the film has set a new record on the first day's earnings in Hindi. The total gross (gross) of the Hindi version of the film released across the country has been around Rs 63 crore. Even after deducting all the expenses in this, the remaining net earnings have broken the record for the highest collection of the film 'War' on the first day.

The first-day net earnings of the film 'KGF 2' Hindi have been Rs 54 crores according to the initial figures. The previous record was held by Hrithik Roshan, Tiger Shroff, and Vaani Kapoor's Hindi, Tamil, and Telugu release 'War', which earned Rs 53.24 crore on its opening day. The film 'KGF 2' has earned a net collection of Rs 128 crores at the domestic box office on the first day inclusive of all Indian languages. This earning is equal to the earning of Rajamouli's film 'RRR' on the first day.

The film 'KGF Chapter 2' has earned the highest collection of 35 crores in its mother tongue Kannada. This is the highest-grossing record of any Kannada film to date. The film has collected around Rs 33 crore in Telugu, around Rs 12 crore in Tamil, and around Rs 7 crore in Malayalam. The total collection (gross) of the film is being told as about Rs 150 crore on the first day.
According to the initial trends of the first-day collection of the film 'KGF', it has made the highest gross of any film released in Hindi in the country. Hrithik Roshan and Tiger Shroff's film 'War' holds the record for the highest opening day in Hindi cinema, which earned Rs 53.25 crore on the day of its release. The film 'RRR' Hindi earned just Rs 18 crore on the first day of release. Salman Khan's 'Tiger Zinda Hai' has been left out of this list after making it to the top 10 best openers of 'KGF 2'. Here is the list of 10 highest grossing Hindi movies of all time on the day of release: 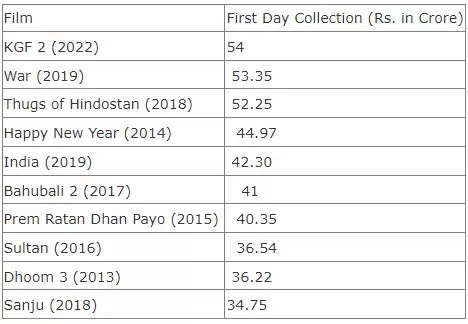