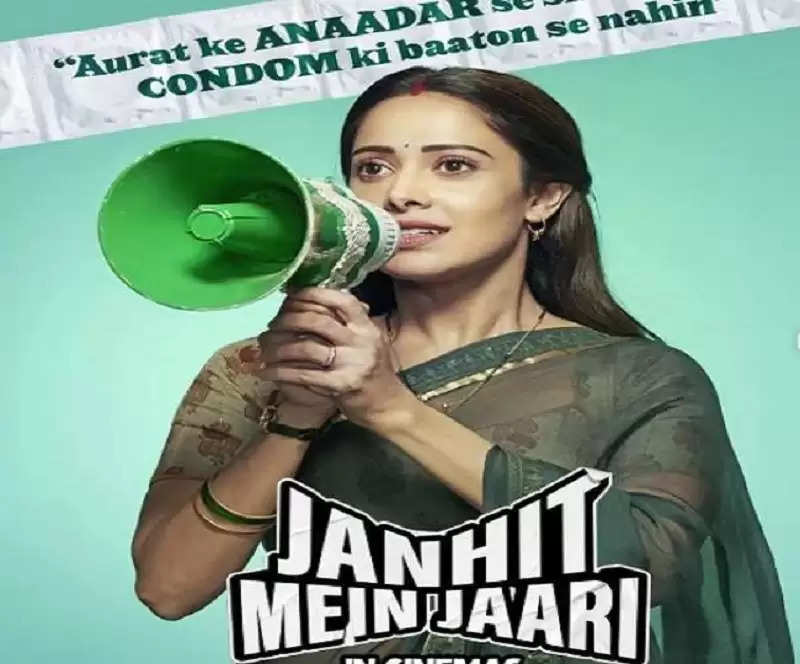 Janhit Mein Jaari trailer released: The trailer of the film released in Janhit, produced by Vinod Bhanushali and Raaj Shaandilyaa has been released. The film is directed by Jai Basantu Singh. It is a social action act by Nusrat Bharucha. -comedy-drama film

You will be left laughing after watching the trailer of the film released in the public interest.

You will be left laughing after watching the trailer of the film Janhit Mein Jaari. The film is the story of a young girl who sells condoms to survive despite social resistance. This is the story of a girl who works for the upliftment of women. In the meantime, she has to face resistance from her family and in-laws for her work. Despite this, she tells about the importance of using condoms.

Apart from Nusrat Bharucha, Anud Singh has an important role in the film.

Joined 'Janhit Mein Jari' at the same time when I first heard the film's one-liner.

Talking about this film, Nushrat Bharucha had said, 'I joined 'Janhit Mein Jari' when I first heard the one-liner of the film. To speak on such an important matter is being full of humor and telling the story from a woman's point of view, all these things attracted me to the script. It is a pleasure to work with Raj again and I am very excited to be a part of Vinod Bhanushali's India's first all-female franchise.