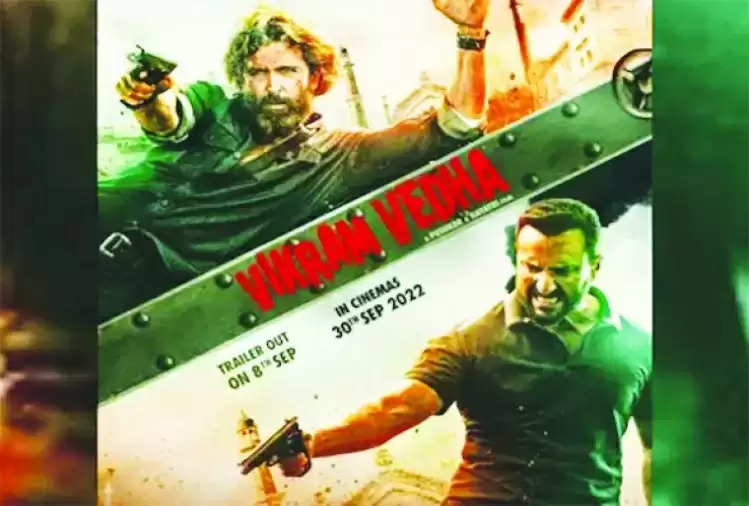 R Madhavan and Vijay Sethupathi were in lead roles in the Tamil film Vikram Vedha. Hrithik Roshan plays a vicious criminal played by Vijay Sethupathi, while Saif Ali Khan plays R. Madhavan and is going to be seen in the role of a police officer. The film will be released in cinemas on 30 September 2022.