Harsh Limbachiyaa was seen teasing Shahnaz Gill, Bharti Singh got angry, did this condition of her husband 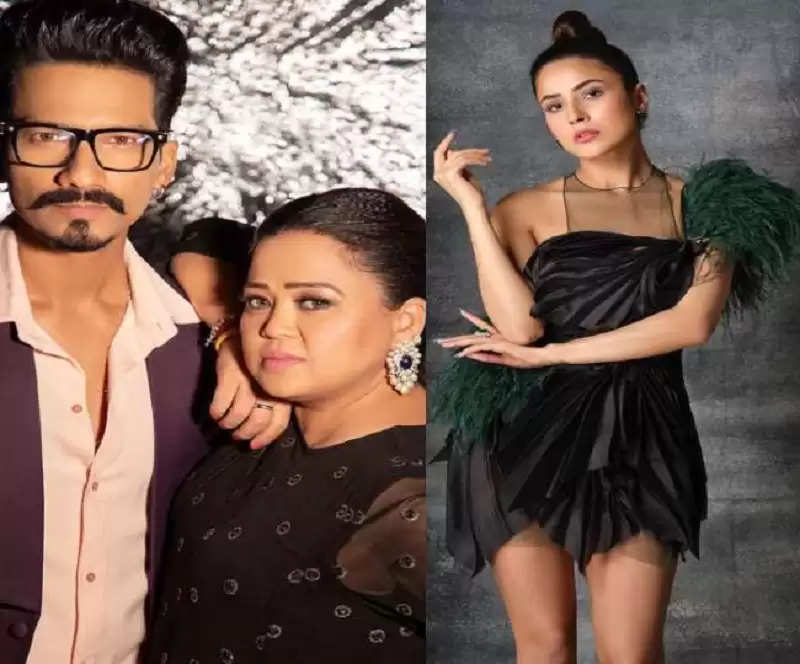 Nowadays Bharti Singh is hosting the reality show The Khatra Khatra Show with Harsh. Where Harsh was seen flirting with actress Shahnaz Gill. Seeing this, Bharti got angry and grabbed her husband's collar.

Bharti Singh and Harsh Limbachiyaa recently became parents to a son. After delivery, Bharti went on a break for a few days. During this, her husband Harsh was seen joking with other actresses a lot. Now Bharti has returned to work and started fulfilling her professional commitments. Nowadays she is hosting the reality show 'The Khatra Khatra Show' with Harsh. Where Harsh was seen flirting with actress Shahnaz Gill. Seeing this, Bharti got angry and grabbed her husband's collar.

Bharti and Harsh joke a lot with every guest who comes to their show. The same happened this time as well. On the sets of 'The Khatra Khatra Show', both of them entertained everyone together with Shahnaz Gill. Whose video is going viral on social media? In the video, Harsh is seen in a fun mood and gently pushes Shehnaaz on the shoulder and asks, 'Let's go-to drink coffee'. This style of Harsh makes Shehnaaz's face and she starts feeling strange. Along with this, the song 'Dil Bechara' plays in the background.

Shahnaz reacts to Harsh doing this and says, 'Isne chheda mere ko'. Hearing this, Harsh smiles and says- 'Look, if you make false accusations, I will tease me.' On this, Shahnaz, pointing to Bharti standing on the stage, says – two girls from Punjab, Hatti Katti, come on, I have become thin, do not think that the emphasis has decreased. After this, Bharti Singh turns red with anger and, holding Harsh's collar, says- 'And I have not become thin and I am also strong.'

This video of Shahnaz Gill, Harsh Limbachiyaa, and Bharti Singh is very funny. Which fans are very much liked.