Govinda's net worth: Know how much property Govinda owns, why Govinda, who has done more than 150 films, is not seen in a single film today 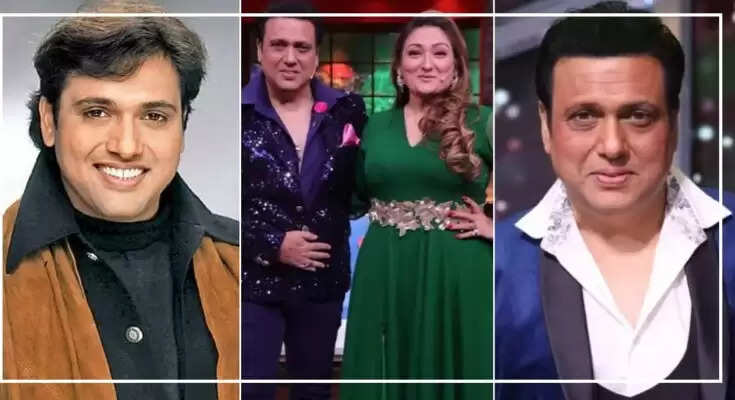 Many actors have worked in Bollywood. Some became very famous and some were flops. On the other hand, there have been some actors who have left their identity as a superhit for years and decades, one of them is our loving Govinda. Govinda set such a level of comedy in Bollywood that even today when the name of comedy is taken in Bollywood, there is mention of Govinda there. Govinda has done more than 150 films in total. Let us tell you today how much he earns and how much property he is the owner of.

Govinda was born in December 1963 in Mumbai itself. His full name is Govind Arun Ahuja. He is the youngest of his 6 siblings, hence he is also known as Chichi. Govinda did his schooling in Mumbai itself and also got a college degree in the field of commerce from a college in Mumbai.

Many of you may not know, but Govinda's father used to be a film producer. He left this field due to a loss in a film. But Govinda had to be a hero. This led to Govinda's first film 'Ilzaam' in the year 1986 which was a super-duper hit at the box office.

Together, both of them had started a period of comedy film in Bollywood. Top comedy movies like Raja Babu, Coolie No 1, and Bade Miyan Chote Miyan ruled the Bollywood box office. Let us tell you that both the films Ghadar Ek Prem Katha and Devdas were earlier offered to Govinda but he had turned it down. Later that film became such a hit that Govinda had a lot of regrets. His last superhit film was 'Partner' with Salman, after that none of his films became a hit.

Govinda's father Arun Ahuja himself has been a film director. Govinda has two brothers and three sisters. Govinda was married to Sunita Ahuja and the two have a son and a daughter. The daughter's name is Tina Ahuja and the son's name is Yashvardhan Ahuja.

Friends tell you that Govinda charges Rs 5 crore for doing a film and also asks for a share in the profit of the film with him. They also earn a lot from brand promotion. To promote a brand it takes around 3 crores. He has also invested around ₹ 30 crores in different things and also earns a lot from it.

Govinda has a luxurious house in Mumbai which is worth crores of rupees. He is also very fond of cars. Due to this his car collection includes expensive cars worth crores like Rolls Royce, Mercedes, and Land Rover Range Rover According to the data, Govinda's total assets are said to be around 180 crores.