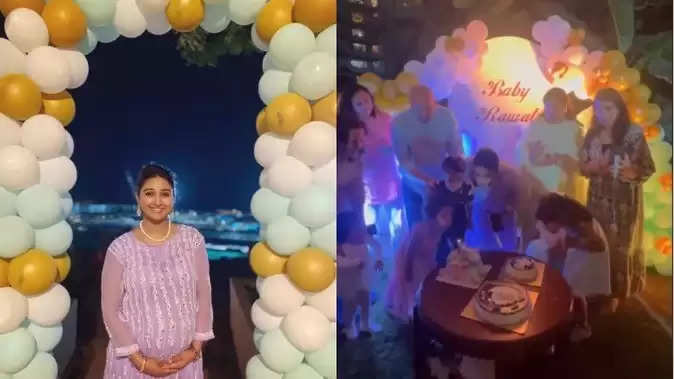 Famous television serial Yeh Rishta Kya Kehlata Hai fame TV actress, dancer and choreographer Mohena Kumari has become a mother. The actress recently gave birth to her first child. According to media reports, actress Mohena has given birth to a son. However, no official information has been given about this by the actress or her family yet.
The actress recently took to her Instagram account to share a video thanking her fans for a virtual baby shower. Mohina Kumari Singh, the princess of Rewa, thoroughly enjoyed the time of her pregnancy. From time to time, the actress was also seen flaunting her baby bump in front of the fans.

According to the reports, after about 120 years after Mohena Singh became a mother, such an opportunity has come that when a daughter of Rewa princely state has got a son as a child. Fans are eagerly waiting for this good news from the actress. According to the information, Mohina Singh has given birth to a son in a hospital in Mumbai.
Significantly, Mohena Kumari had announced her pregnancy in February 2022. Sharing a picture with her husband, the actress wrote, "The beginning of a new beginning. Sharing the good news with everyone. Along with sharing this good news with fans, the actress has also shared many videos and videos during her pregnancy. Shared pictures with fans.Apart from being an actress, Mohena is also a great choreographer, she also shared many dance videos during pregnancy.

The actress left showbiz after marrying Suyash Rawat and settled in Dehradun. But she is constantly connected with her fans through social media and her vlogs. Mohena played the character of 'Kirti Singhania' in Star Plus' famous show 'Yeh Rishta Kya Kehlata Hai'. With this show, the actress made her mark in every household. Apart from this, Mohena is also seen in the dancing reality show Dance India Dance.