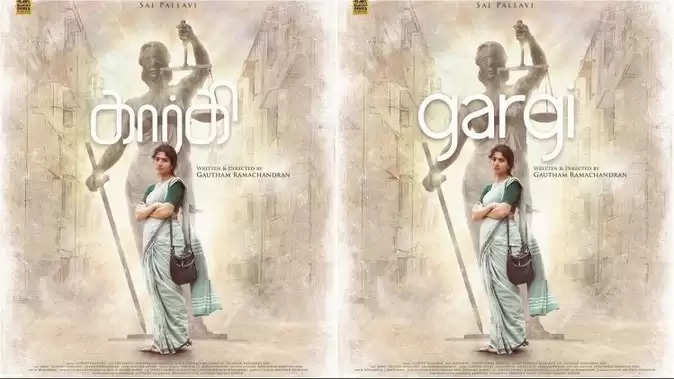 South actress Sai Pallavi is celebrating her 30th birthday today i.e. on 9th May. On the special occasion of her birthday, the actress has announced her new film. While announcing her upcoming film Gargi, the actress also shared the first-look posters of the film in multiple languages. The film is written and directed by Richie fame Gautam Ramachandran. However, it is not yet clear about the film whether the film will be released in theaters or on the OTT platform.

Announcing her film, Pallavi revealed on Instagram that she was waiting for a long time to talk about the film. Sharing the making video of the film on Instagram, Sai Pallavi wrote, "I waited months to talk about this film, and finally !!! my birthday team has decided to release it. Introducing Gautham Ramachandran's Gargi.

Talking about the film Gargi, this film is about a woman who is fighting for justice. The film is jointly produced by Ravichandran Ramachandran, Aishwarya Lekshi, Thomas George and Gautham Ramachandran. At the same time, composer Govind Vasanta, cinematographer Sarayanti Premakrishna Akkattu and editor Shafiq Mohammed Ali are part of the technical team. Sai Pallavi was last seen in Shyam Singha Roy. His performance in this Telugu film was greatly appreciated.