Fashion Tips: You can also include this neon bikini of Katrina Kaif in your wardrobe, just have to spend so much money 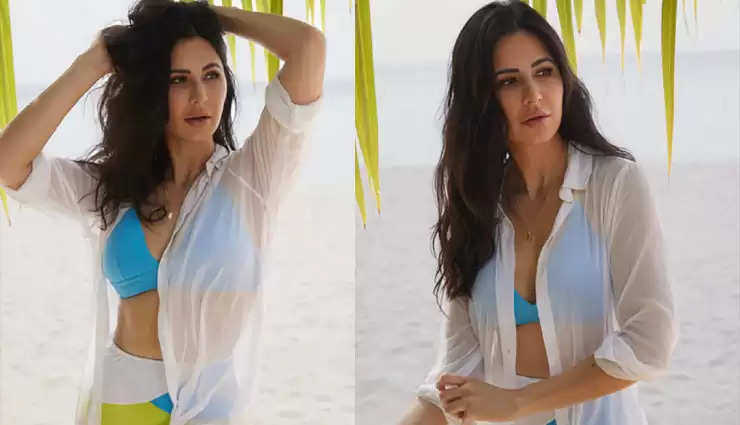 Bollywood's most beautiful and gorgeous actress Katrina Kaif may have returned to the country from Maldives but super sizzling pictures and videos of the actress are going viral on social media. Katrina Kaif went to Maldives for a commercial shoot there, the actress also enjoyed her 'me-time' a lot. Katrina's bikini photos from the exotic location of Maldives have increased the heartbeat of the fans. In the photo, Katrina is seen scintillating in a blue bikini top and multi-colour bikini bottom. The actress also carries a white sheer shirt along with her stylish bikini, which is highlighting her bikini look. The actress wrote the caption with bikini photos – Seas the day .

The actress has kept her makeup natural with her bikini beach look. Katrina looks very fresh and vibrant in nude lipstick and mascara. The actress has also given an open messy look to her hairstyle, which goes well with her beach wear. 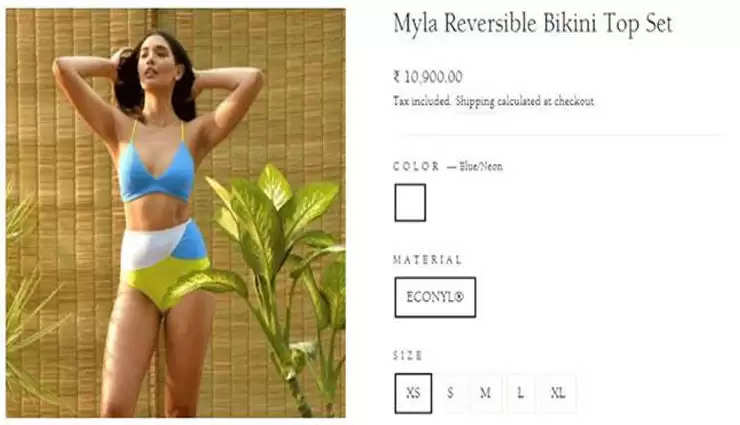 You can also buy this bikini
If you like this neon bikini of Katrina, then don't delay, buy it online soon. The price of this bikini is Rs 10,900. On the work front, Katrina Kaif has Salman Khan starrer Tiger 3. Most of the scenes of this movie have been shot but the shooting of the film is not completely over. Katrina also has a movie named Merry Christmas. In this movie, she will be seen working with South actor Vijay Sethupathi. The film is being directed by veteran film director Sriram Raghavan.