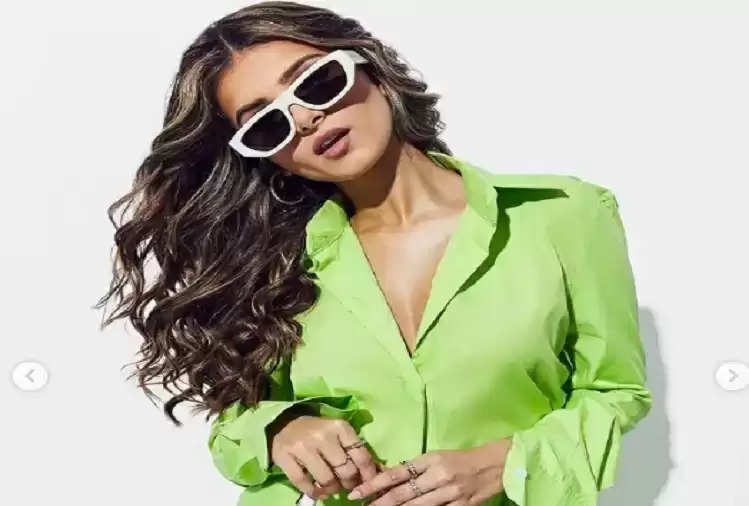 Tara Sutaria, who has joined Bollywood's bold actresses, is in the news these days for her film Heropanti 2. Her film has been released. Tara Sutaria, who has carved a special place for herself not only in the industry but also in the hearts of the audience, remains in the headlines of social media in a very short time.

This actress keeps sharing her photos on social media. This time Tara Sutaria has surprised everyone through her latest photoshoot. Seeing these photos of Tara, the users have also lost their sweat. Tara has now shared photos in her green color shirt and shorts.

This time to show boldness, the buttons of Tara Sutaria shirt are opened. The actress has done light makeup to complete her look. These photos of him are becoming increasingly viral on social media.