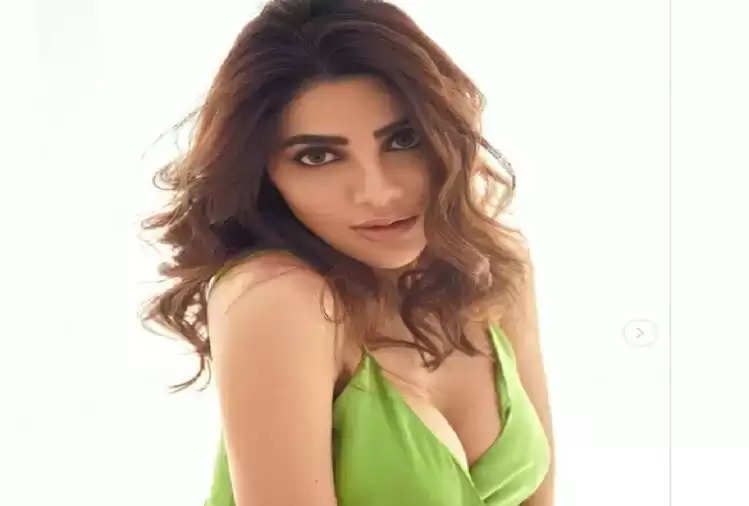 She keeps sharing one of her photoshoots on social media almost every other day. She has again raised the hearts of fans by sharing her new look on Instagram.

In the photos shared on Instagram, Nikki Tamboli is seen showing her beauty in a green color silk dress. She has given many poses to show her bold avatar in a deep-neck dress.

She has also posed while lying on the floor during the photo shoot. Nikki Tamboli has completed her look with nude makeup and a soft curly hairstyle. These photos of him are becoming increasingly viral on social media.