Fashion: Kriti Sanon shared these photos in a transparent gown, it was difficult for fans to take their eyes off 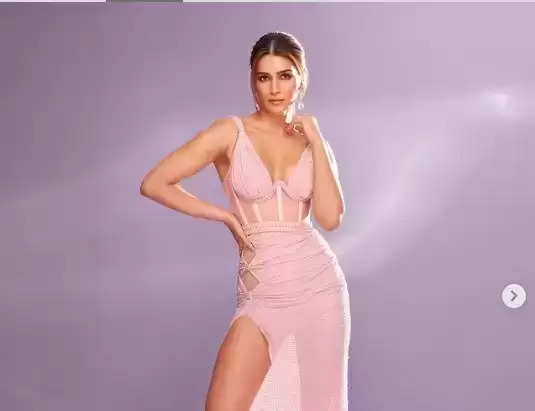 Kriti Sanon has again stunned fans by sharing some pictures of her new look on her Instagram page. In these photos, she is seen in a high-thigh slit transparent gown of baby pink color. This gown by Kriti Sanon also has two cuts on the side.

Kriti has completed her glamorous look with subtle makeup. Kriti Sanon is looking very beautiful in this dress. It has also become difficult for fans to take their eyes off these photos of Kriti Sanon. These photos of her are becoming increasingly viral.