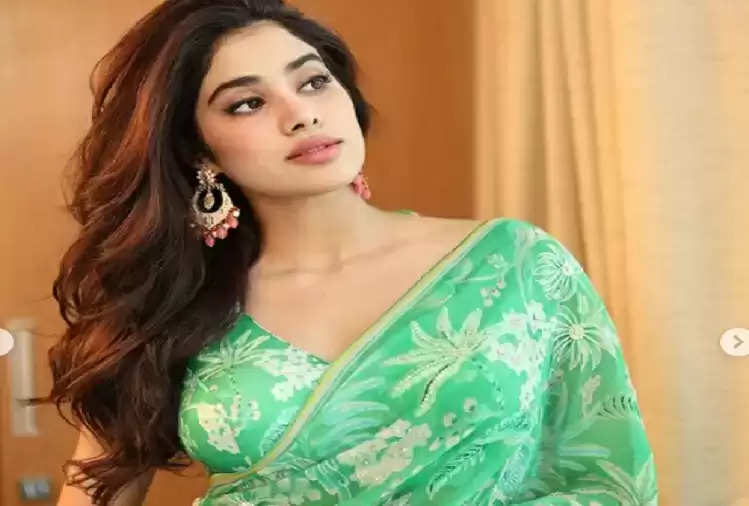 Jhanvi Kapoor, daughter of late Bollywood actress Sridevi, has made a special identity in the film world for a long time. Jhanvi Kapoor has become the first choice of not only the fans but also the makers because of her superb acting. This actress is also in the headlines due to her photos on social media.

She has now caught the attention of fans with her saree look. The actress has now shared some of her photos on her Instagram page, from which it has become difficult for fans to take their eyes off.

She has now shared her photos in a light green color saree. She is wearing a matching blouse with this saree.

While she has completed the look with nude makeup. In the photos, she is seen in open hair. Jhanvi Kapoor is looking very beautiful in these photos. These photos of him are becoming increasingly viral. This beautiful Bollywood actress will now be seen showing her acting skills in the film Good Luck Jerry. The shooting of this film has started. She will also be seen acting in Karan Johar's production film Dostana 2.