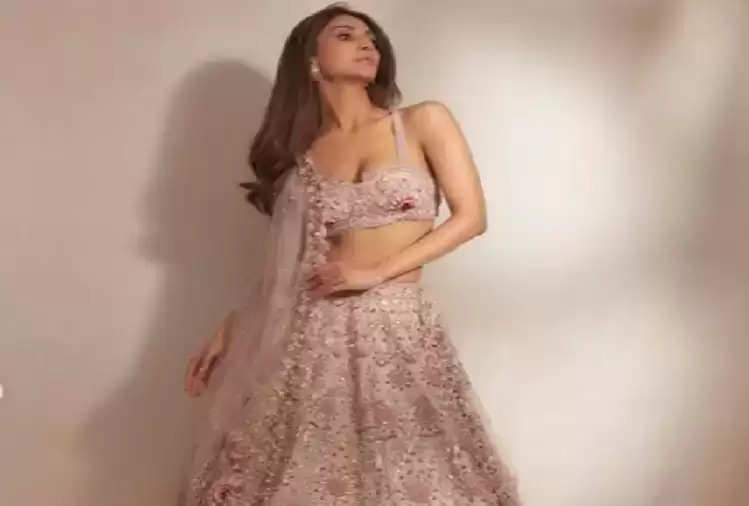 Fans have got to see a bold look in these photos of Vaani Kapoor. Bollywood's beautiful actress Vaani Kapoor has now shared her photos on social media wearing a pink color heavy work lehenga. She is wearing a deep neck blouse with this lehenga. In the photos, Vaani Kapoor is seen adding a touch of boldness to the traditional look.

She completed her look with light makeup. She is also wearing matching earrings. In this dress, Vaani Kapoor has given more than one pose in front of the camera. These photos of him are becoming increasingly viral. On the work front, this Bollywood actress will now be seen showing her acting prowess in the film Shamshera alongside Ranbir Kapoor and Sanjay Dutt.