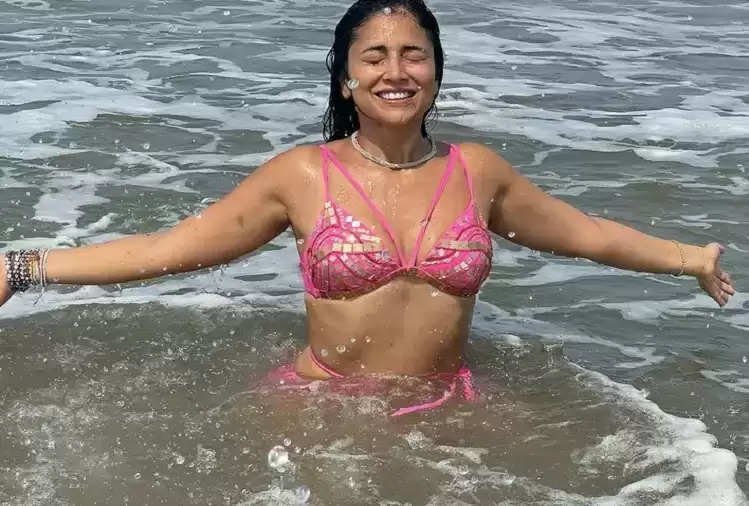 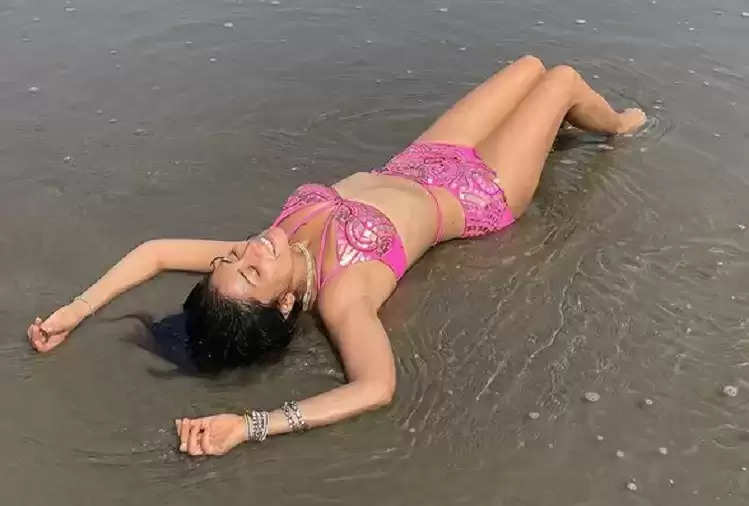 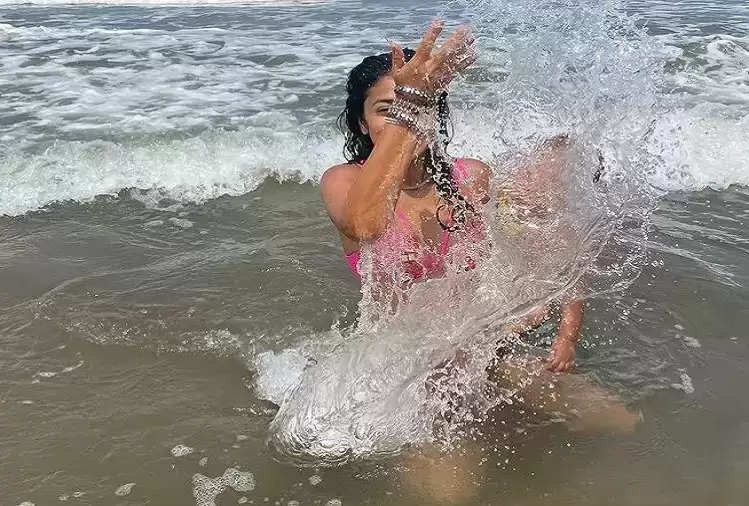 The pink colored bikini in which Shriya is seen has mirror work done on it. He has shared many photos. She is seen in different looks in them. In one of the photos, she is seen lying on the beach.