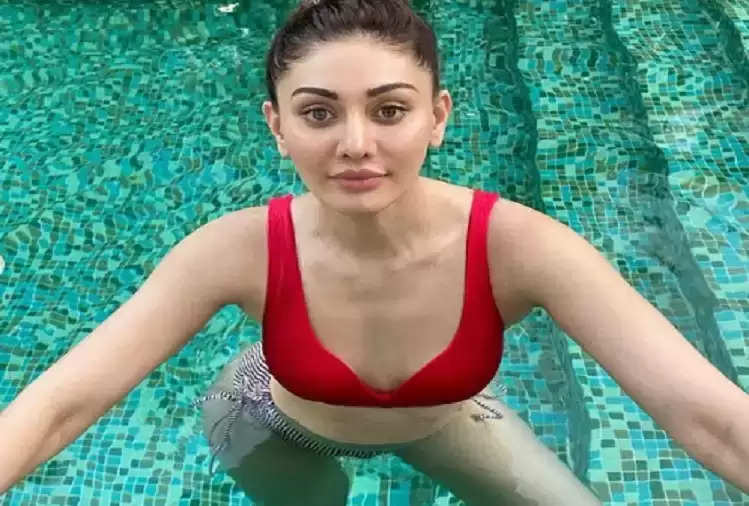 Actress Shefali Jariwala, who has made her mark by the name of 'Kanta Laga Girl', also remains in the headlines of social media. This actress remains in the discussion on social media due to her photos. Once again he has won the hearts of fans by sharing his photos.

Shefali Jariwala, who has been a part of many films, songs and TV serials, has shared her bikini look with fans. In these photos, this actress is seen swimming. In the photos, Shefali is seen posing in different styles in a red bikini in the swimming pool.

Her no-makeup look is visible in the photos. Fans are unable to take their eyes off her bold look. These photos of her are becoming increasingly viral on social media, which have got thousands of likes. Actress Shefali's bold and sizzling is often seen on social media.