Entertainment news - Sara once wanted to marry Ranbir, the actress revealed in this show 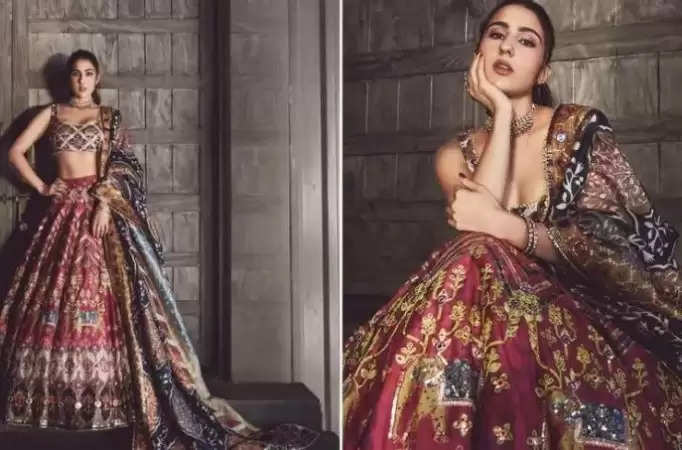 Talks about Ranbir Kapoor and Alia Bhatt's marriage are being heard everywhere these days. Fans are eagerly looking forward to getting a glimpse of this couple. After dating each other for a long time, Ranbir and Alia got married. Somewhere in this love story, Sara Ali Khan must have become a stumbling block. Like Alia Bhatt, Sara Ali Khan also expressed her love on National TV. Saif Ali Khan's Ladli did not even step into Bollywood and that atmosphere of sensation started rising. She openly expressed her love for Ranbir Kapoor.

Sara Ali Khan had said in Karan Johar's chat show Koffee with Karan that she wants to marry Ranbir Kapoor. As soon as the video started going viral on social media, the discussion started on it.

Wherever Sara Ali Khan used to go, after the video went viral, she started being questioned about Ranbir Kapoor. When Sara Ali Khan reached a radio station for the promotion of her debut film Kedarnath. When the jockey asked him about this, she said that I had talked to Ranbir Kapoor about marriage earlier, which Papa repeated in the show. I don't want to marry Ranbir Kapoor anymore.

After that the jockey said – Aaliya is your friend anyway. On this, Sara cut the talk and said – no man, that is not the point, today everything goes on. After which Sara Ali Khan starts laughing and says – what am I saying? Talking about Sara Ali Khan, she was last seen in Atrangi Re. In this film, the audience liked her a lot in the role of Rinku.