Entertainment news: Anushka rides a bicycle on a sea track with daughter Vamika

Actress Anushka Sharma, Virat Kohli, and Vamika Kohli are said to be one of the cutest families in the Bollywood. They have left for the Maldives for a cute family vacation. It has been only a few days since she returned from there and Anushka is missing the quality time spent there with her family. At the same time, lost in memories, Anushka has also shared a cute video of her vacation.

For your information, let us tell you that Anushka Sharma has shared this video on her Instagram account, in which she is seen enjoying cycling on a seaside track and at a beautiful location. During this, she was seen riding a horse with her daughter Vamika sitting behind. Sharing the video, Anushka Sharma wrote in the caption – Best memories with my dear two, take me back. During this, Anushka Sharma is looking very killer in orange monokini and sometimes pink outfits. 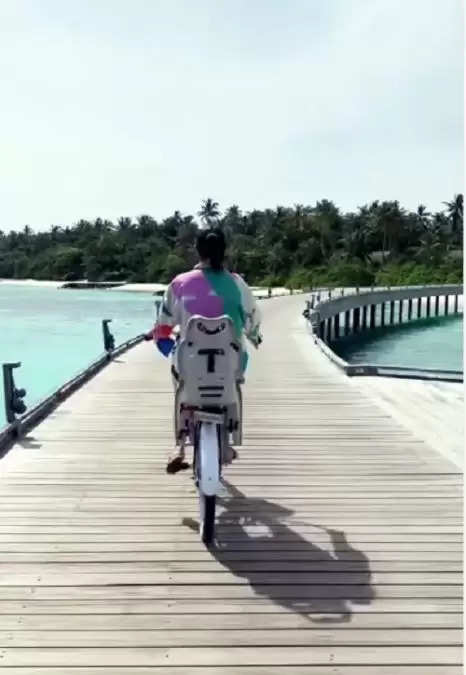 Fans are very fond of this video of the actress and they are also seen commenting and praising Anushka's look. On the work front, Anushka Sharma was last seen in the film Zero in 2018. These days she is preparing for her upcoming sports biopic 'Chakda Express'. She will play the role of former cricketer Jhulan Goswami in the film.