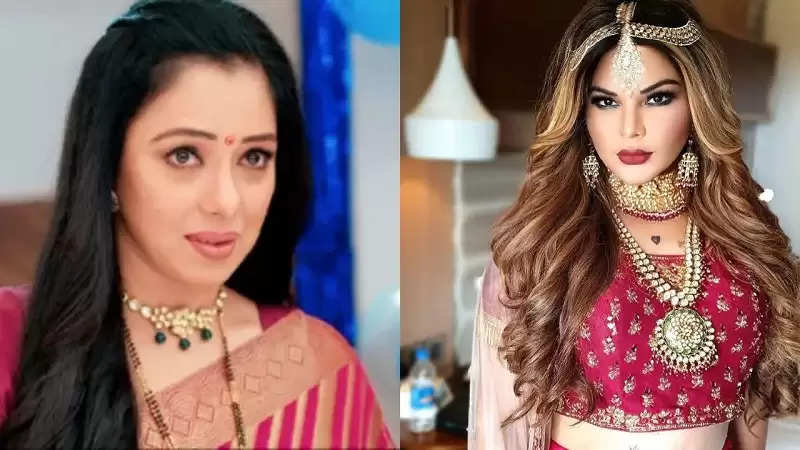 This Thursday, much main news of the entertainment world came into the headlines. If you have missed this news then do not worry at all, you can read this news in detail in Entertainment Top 5.

FIR against Rakhi Sawant: Rakhi Sawant got trapped wearing an unusual dress, the case was filed for hurting the sentiments of tribals in Ranchi

Bollywood’s entertainment queen and actress Rakhi Sawant, who is surrounded by controversies, is once again in the headlines. Rakhi is again in trouble due to her controversies (Controversy Queen Rakhi Sawant). As everyone knows, Rakhi never leaves a single opportunity to entertain her fans. This time Rakhi has become a victim of legal troubles (FIR on Rakhi Sawant) due to her entertainment and started getting trolled fiercely on social media. Let us inform you that an FIR has been lodged against Rakhi in the ST-SC police station of Ranchi. Recently a video of the actress went viral on social media. Due to the same video, the Central Sarna Committee of Jharkhand has complained to Rakhi Sawant.

TRP Report Week 15: Anupama’s magic once again happened in the case of TRP, this is the condition of these serials apart from Naagin 6

Such news keeps coming on TV, which makes headlines continuously. Something similar is about the TV serial Anupama. There is constantly good news coming about this show. Another great news related to this show is coming out. The 15th TRP report of BARC has come out, according to which Anupama has once again occupied the number 1. This show has made a splash. Although some other shows are constantly trying to give competition to this show, it does not seem possible to do so.

Rihanna Boyfriend Released: Rihanna’s boyfriend Rocky was released from jail on bail of Rs 4.19 crore, know what was the matter?

Rapper A$AP Rocky, who was recently taken into police custody in connection with the November 2021 shooting, has been released from prison. According to a new report, the rapper was arrested on Wednesday morning and released in the afternoon on a bail amount of $550,000 (₹4.19 crore). He was arrested at Los Angeles International Airport after arriving from Barbados with his girlfriend, singer Rihanna. The Los Angeles Police Department said in a statement Wednesday that the artist, whose real name is Rakim Meyers, was taken into custody on suspicion of assault with a deadly weapon.

Now a new information has come out in the Kerala Actress's sexual abuse case. According to reports, in the case of accused Malayalam actor Dileep, the Kerala High Court has postponed the hearing till April 26. While the police had gone with an appeal to dismiss the actor’s bail plea, now they will have to wait a bit. In Kerala, this case has become a high-profile case, along with Dileep, his family members are also accused in this case.

The Kannada film KGF: Chapter 2 has made another record during its spectacular performance at the box office. On Wednesday, as the release completed one week, the film crossed the ₹700 crore mark in worldwide earnings. This is not only the highest amount for a Kannada film but also the highest amount for any Indian film to date. The real test of the film is starting on Friday. If the new release Jersey succeeds in slowing down the pace of KGF 2, it may miss the ₹1000 crore mark, otherwise, it will be the fourth Indian film to cross the 1000 crore mark.