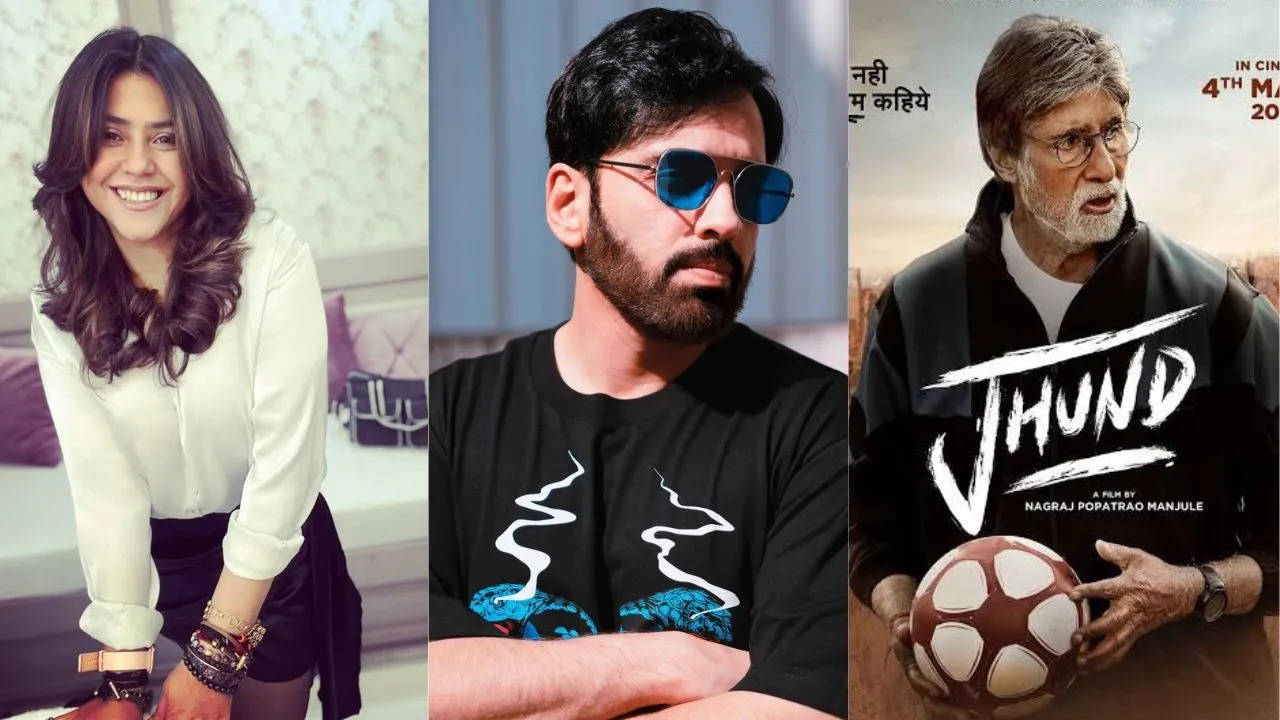 This Wednesday, many main news of the entertainment world came into the headlines. If you have missed these news then do not worry at all, you can read this news in detail in Entertainment Top 5.

entertainment world (Entertainment Industry) Every day something or the other happens that makes headlines. At the same time, fans are also very curious to know the news related to their stars. Wednesday was also very important for the entertainment world. Where on one hand, Ekta Kapoor for ALTBalaji’s new show ‘Lock Up’ in the matter of content theft (Ekta Kapoor) But the FIR has been registered, while there, son Luv S Sinha in defense of his father Shatrughan Sinha. (Luv S Sinha) Called Pooja Mishra ‘unstable’. This Wednesday, much main news of the entertainment world came into the headlines. If you have missed this news then you do not need to worry, you can read this news in detail in Entertainment Top 5.

FIR Lodged: An FIR registered against Ekta Kapoor in Hyderabad, know what is the whole matter?

Ekta Kapoor’s show Lock Up remains in constant discussion. And the reason for being in the discussion is very solid. A case of content theft has been registered on this show. This FIR is the result of the ongoing legal battle that Sanobar Baig, an individual petitioner, is fighting against giant production houses like Alt Balaji, Endemol Shine, and MX Player for plagiarism and has appealed to the Supreme Court of India. Knocked on the door. Hyderabad Police has started the process and Ekta Kapoor can be arrested anytime in Mumbai. Petitioner Sanobar Baig will be present for face-to-face talks in Mumbai tomorrow.

Bigg Boss 5 contestant Pooja Mishra, in a recent interview, has claimed about veteran actor Shatrughan Sinha and his entire family that the actor was a very close friend of his father, who earned income tax. Used to work in the department. He has made many more serious allegations accusing Sinha of taking favor of Rs 100 crore from his father. The actress even claimed that Shatrughan Sinha and his family started a sex scam at her house. The actor’s son Luv S Sinha has now rubbished the allegations and pointed to Pooja Mishra’s mental state and claimed that she must be unstable.

Jhund: Supreme Court to hear on May 6 the petition seeking release on OTT platform, know the whole matter

The Supreme Court on Thursday challenged the Telangana High Court’s order restraining the release of Amitabh Bachchan-starrer Hindi film Jhund on the Over the Top (OTT) platform on May 6. agreed to the hearing. A bench of Chief Justice N V Ramana and Justices Krishna Murari and Hema Kohli took note of the submissions that the film, which was earlier released in cinemas on March 4, is scheduled to release on the OTT platform and the status quo order of the High Court which That’s coming in the middle.

The prenatal sex determination scene in the trailer of actor Ranveer Singh starrer Jayeshbhai Jordaar has been challenged in the Delhi High Court, the petition said. have been shown. The petition has also sought appropriate directions to the Center and other respondents to censor/remove the scene from the film Jayeshbhai Jordaar’s Ultrasound Clinic Center in which the sex selection technique is purportedly shown in practice and a girl The abortion is being shown without revealing it.

Five days have passed since the release of Tiger Shroff and Tara Sutaria starrer film Heropanti 2, but the film has not performed well at the box office on any day since its opening day. On an opening day, the film (Heropanti 2 Box Office Collection) did a business of Rs 7.50 crore. Since then, there has been a decline in the earnings of the film. Even on Tuesday, the day was not special for the film. Tiger Shroff’s Heropanti 2 is seen kneeling in front of Kannada film superstar Yash’s film KGF 2 (KGF 2 Box Office Collection).