Entertainment: Rakhi Sawant flaunts her baby bump in her own way, See the funny video here.... 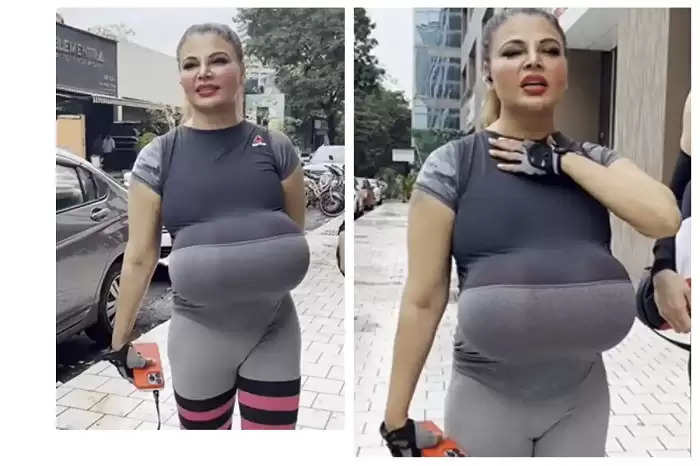 Rakhi Sawant Funny Video: Rakhi Sawant is not only called a drama queen by the people, but she also creates a different atmosphere wherever she goes, due to which people are entertained fiercely. In such a situation, whatever Rakhi does, her photos and videos are bound to go viral. Meanwhile, a video of the actress surfaced, seeing which you will not be able to stop laughing. Actually, in the video, Rakhi Sawant is seen with a fake baby bump. The funny thing is that Rakhi Sawant has created this baby bump with two balloons. In the video, Rakhi Sawant is seen wearing a gym outfit with a fake baby bump, during which a friend of hers is also seen with the drama queen.

Once again Rakhi Sawant proved successful in making people laugh, people present outside the gym were seen having fun with Rakhi. Meanwhile, Rakhi said - God and the Prophet have told me that I am going to give birth to a Messiah, who will teach a lesson to the sinners. Rakhi has fun with people, meanwhile, her friend bursts the balloon. In the video, Rakhi Sawant can also be seen clicking photos with fans. 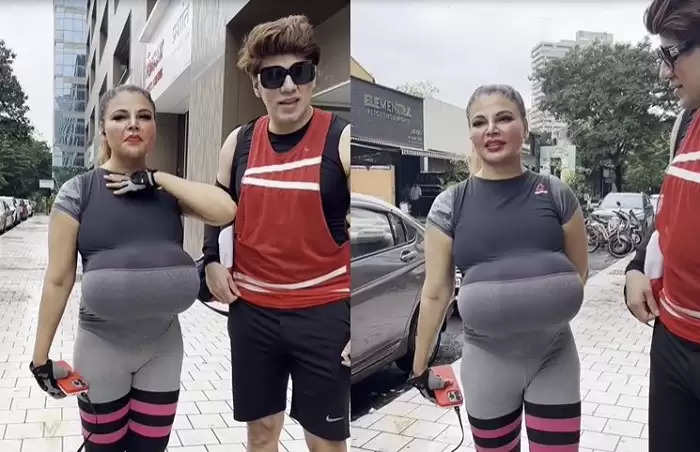 Let us tell you that earlier a video of Rakhi Sawant went viral on social media, in that video the actress was seen cleaning the garbage off the road. Rakhi brings a shovel after seeing the garbage spread on the road and cleans it. Seeing this style of Rakhi, the paparazzi gather there and say that the election will come. In response to this, Rakhi says that in such an election, I do not believe in any party at all.