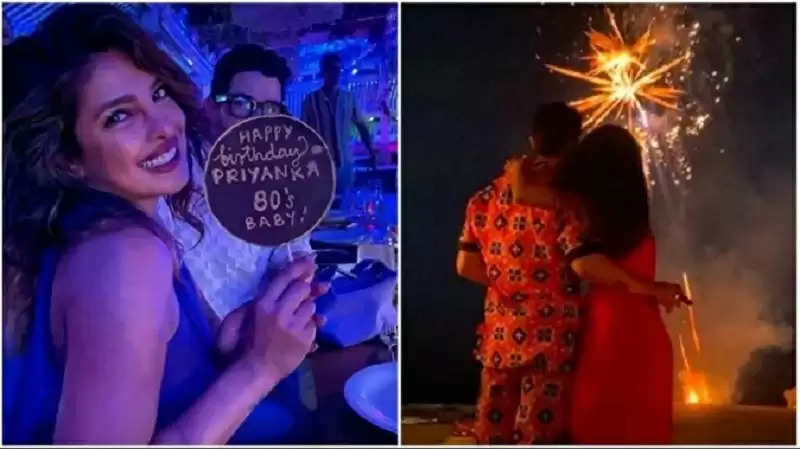 Bollywood actress Priyanka Chopra celebrated her birthday on 18 July in a very romantic way. During this, the actress was also wished by her fans and friends. All the photos and hashtags related to Priyanka Chopra were trending on social media too. Priyanka was with her husband Nick on her birthday and during this time both of them have a private party. The pictures of this party have arrived. In the photos, sometimes Priyanka is kissing Nick and sometimes she is watching the fireworks by putting her arms around her husband's neck. Nick Jonas has shared these photos on social media, which are becoming quite viral at the moment.

Nick Jonas has uploaded four pictures of Priyanka's birthday celebration on his social media account. In the first photo, both are standing on the seashore and kissing each other. In the second picture, Priyanka is sitting in a restaurant with a tag of Happy Birthday to Priyanka 80's baby in her hand. In the third picture, Nick is holding a towel-like cloth, on which it is written – Priyanka Jewel of July. In the last photo, Nick-Priyanka is enjoying fireworks. 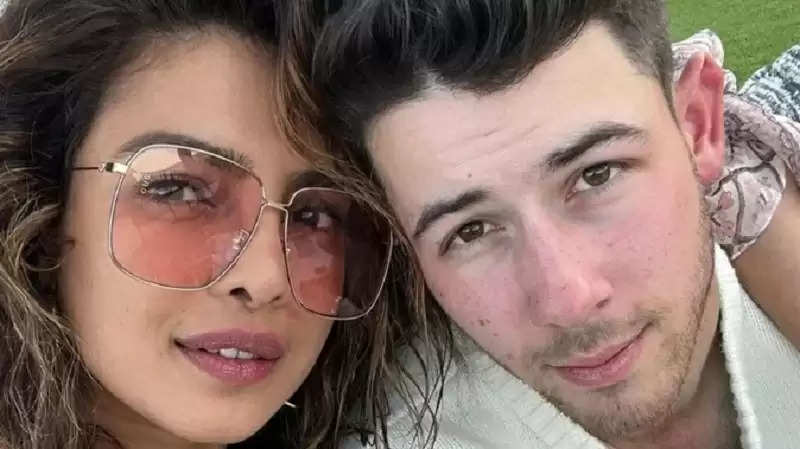 Sharing the pictures of the birthday on social media, Nick wrote in the caption - 'Happiest birthday to my jewel of July. Proud to be with you on this crazy ride of life. I love you. Priyanka's loving comment has also come immediately on this post of Nick. She wrote- 'Love of my life. Apart from this, many fans are congratulating Priyanka on her birthday on this post. People are also liking this post about Nick very much.