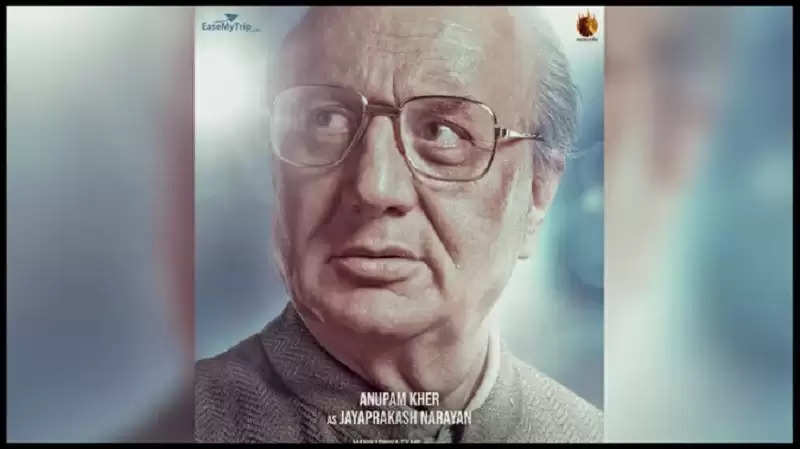 Bollywood actress Kangana Ranaut is trying to bring the country's biggest political event to the big screen with her upcoming film 'Emergency'. While on one hand, the actress is directing this film, on the other hand, Kangana is seen playing the character of late Prime Minister Indira Gandhi in this film. After Kangana Ranaut's look, now Bollywood actor Anupam Kher's look has also been revealed in this film. After playing the character of Kashmiri Pandit, Anupam Kher will now be seen playing the role of late politician Jayaprakash Narayan in this film.

BIG: Happy and proud to essay the role of the man who questioned fearlessly, a rebel in the truest sense of the word, #JayaPrakashNarayan in #KanganaRanaut starrer and directorial next #Emergency. My 527th! Jai Ho! 👍😬🇮🇳 #JP #Loknayak pic.twitter.com/V0FDCA86UP

Releasing his look, Bollywood actor Anupam Kher wrote on social media, 'Extremely happy to play the role of Jai Prakash Narayan, who used to question fearlessly, in Kangana Ranaut starrer and directorial film 'Emergency'. I feel proud of myself. This is my 527th film! Jai Ho!'