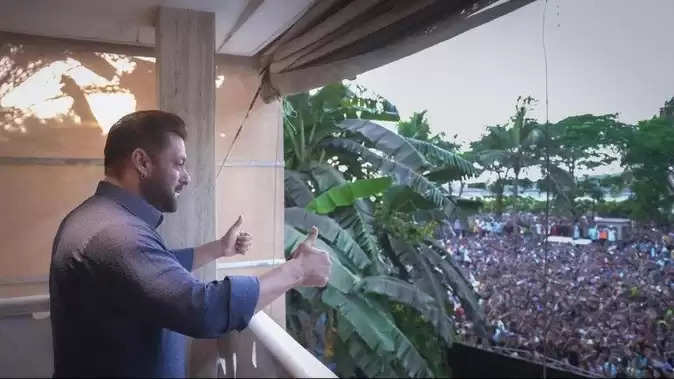 The festival of Eid is being celebrated with pomp across the country today. Today after two years after the Corona period, the brilliance of this festival was seen as before. Everyone from mango to special celebrated this festival in their own style on this occasion. When it comes to celebrations and festivals, the mention of B-town definitely comes. The actors of the film industry celebrate every festival celebrated in the country with great pomp. In such a situation, there should be a festival of Eid and there is no mention of Bhaijaan of Bollywood, it cannot happen. 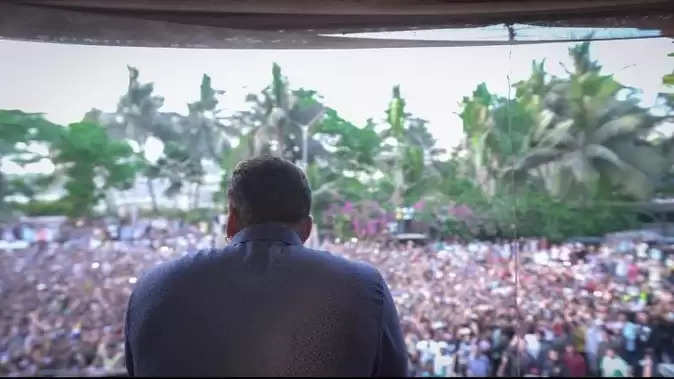 Every year on the day of Eid, fans of actor Salman Khan reach outside his house to congratulate him. But for the last two years, due to the Corona epidemic, his fans were not able to see him on this special occasion. But this year once again the fans got a glimpse of Sallu Bhai. Pictures of fans who reached Salman Khan's house on Eid are becoming increasingly viral on social media.

This festival was celebrated on Tuesday after the moon of Eid was sighted across the country on Monday. In such a situation, on this occasion, fans of actor Salman Khan reached outside his house in thousands to wish him Eid and get a glimpse of him. During this, the actor also showed a glimpse of himself from his balcony for two years, congratulating his fans on Eid.

The actor recently shared some of today's pictures from his official Instagram account. Sharing these pictures, Salman also congratulated everyone on Eid. He wrote in the caption, Eid Mubarak to all. In these pictures, Bhaijaan is seen standing in the balcony and meeting his fans. At the same time, the influx of his fans is also clearly visible in front of his house.