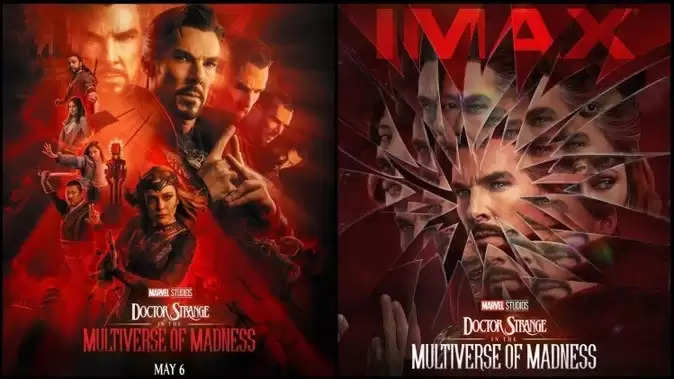 'Doctor Strange in the Multiverse of Madness' is undoubtedly one of the most awaited Hollywood movies of the year. The film stars Benedict Cumberbatch, Elizabeth Olsen, Chiwetel Ejiofor, Benedict Wong, Jochitel Gomez, Michael Stuhlberg and Rachel McAdams. Viewers as well as trade analysts are expecting Sam Raimi's film to give a tough competition to Prashanth Neel's KGF 2 at the box office. However, to know whether it will happen or not, we tried to know the reviews of the audience. Read what the public says...

#Wanda is one of the best things in this movie. However, the relationship between #DoctorStrange and #AmericaChavez is the heart of the movie for me. Really loved their chemistry together. pic.twitter.com/Rs5VwZdy6z

Movie liked by the audience
The buzz of the film reached its peak soon after the release of the first trailer of the film. The film hit the theaters on 6th May and so far there has been a lot of reactions from the audience on Twitter. One viewer wrote, "OH MY GOD! What a great movie! This movie shows a MADNESS from start to finish and the creepiest MCU movie Raimi has ever seen. This movie out soon. See you soon." Another wrote, "I'm not going to post anything on Twitter about Doctor Strange, but this movie is great. If you go to see it you'll know what I'm talking about."

Fans praise Elizabeth Olsen fiercely
There was a different excitement on Twitter for Elizabeth Olsen's portrayal of Wanda Maximoff/Scarlet Witch. Twitter users are praising him fiercely. One Twitter user wrote, "I won't even try to describe what I saw today. Just know that playing the character of Wanda Maximoff… was not easy and no one can succeed in this effort. The biggest thing was that... She was very active throughout the film." Another wrote, "The Scarlet Witch in Dr.

Oh. My. God. That shit was (pun intended) MADNESS!! This movie was an insane ride from start to finish and Raimi delivers the absolute creepiest MCU film yet. Go see this movie asap so it won’t get spoiled cause there are some doozy’s 🔥⚡️⚡️⚡️ #DoctorStrange pic.twitter.com/Neb7Vzo2kg

I'm not going to spoil anything on Twitter about #DoctorStrange but all those things that happened. God damn, if you saw it you know what I'm talking about. My jaw hasn't been this slack since Infinity War.

Movie story
'Doctor Strange in the Multiverse of Madness' depicts Dr Strange as he battles situations in the aftermath of a multiverse-fracturing spell. He did this spell in the hit 2021 film "Spider-Man: No Way Home", which leads to the entry of many villains in the multiverse.