Disha Patani: Disha Patani looked like a Barbie doll in a corset top and jeans but the trollers said this 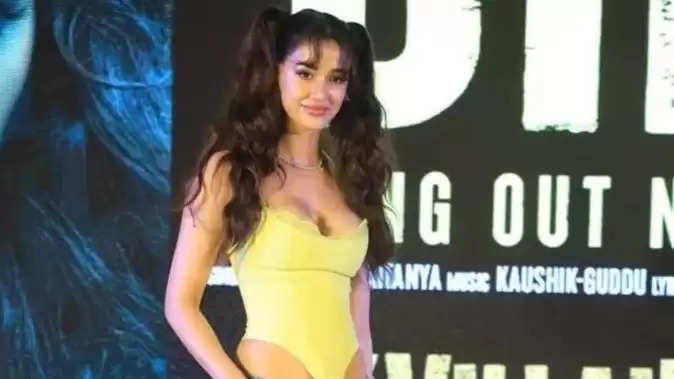 Disha Patani impresses the fans with her gorgeous style and stunning look. Her gorgeous look is also seen in the shared post on Instagram. On the other hand, when it comes to the promotion of films, Disha does not leave any opportunity to flaunt her slim body. Her sizzling look is coming out every day for the promotion of the film Ek Villain Returns. Recently, Disha Patni's style was the most different in the team of the film, which reached the mall to promote. 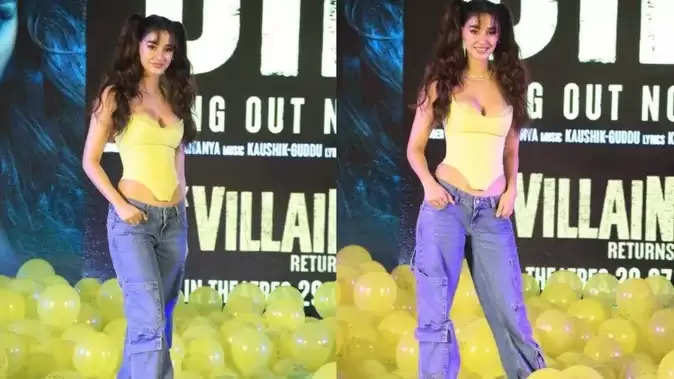 Disha Patani chose cargo jeans with a yellow corset top for this promotion. The Dull Blue-colored denim cargo was quite a low vest. With which the corset top of the deep plunging neckline was matched. With which Disha had made two braids in her hair. This style of Miss Patni was completely giving her a Barbie doll look.

This Barbie look of Disha Patani is becoming fiercely viral on social media. Which his fans are very fond of. However, after seeing such outfits of Disha, the trollers also trolled fiercely and told Urfi Javed to be Disha's stylist. On the other hand, looking at Disha's low-waist jeans, a user said that hey someone holds their pants. So at the same time, a user said that if you wear anything then it is cute and if you wear urfi then it is wrong. 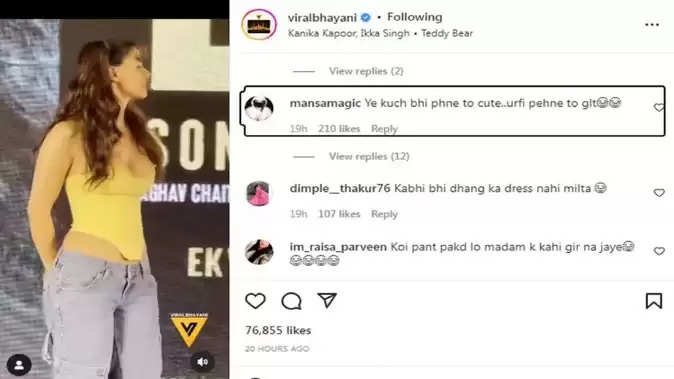 Actually, Disha Patni's low waist jeans and corset top were very bold and appealing. Seeing which social media users were commenting fiercely. Let us tell you that Disha Patani will soon be seen in the film Ek Villain Returns. Which John Abraham, Arjun Kapoor, and Tara Sutaria will also be seen with her. 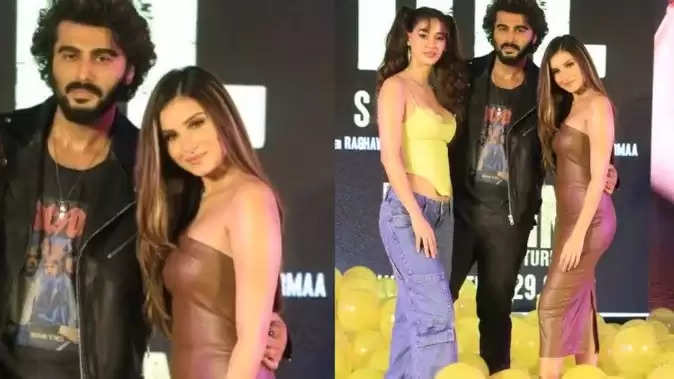 Tara Sutaria also reached along to Disha Patani in this promotional event. On this occasion, Tara had chosen a strapless calf-length dress in brown leather. Whose body-hugging design was flaunting Tara's slim figure? At the same time, Tara was looking gorgeous as always in this dress.