Bollywood: Priyanka and Nick got trolled for their romantic photo, See here.. 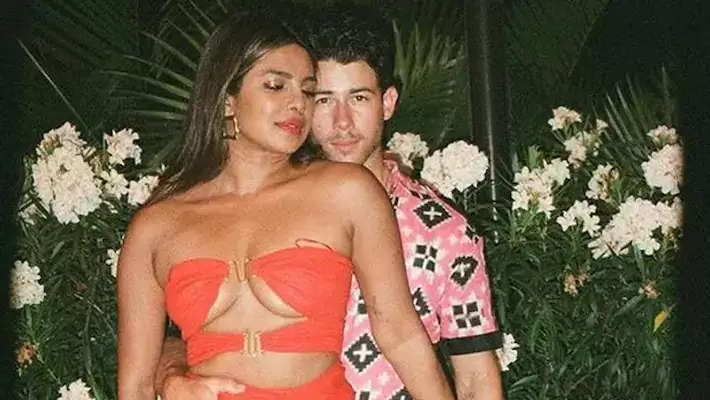 Priyanka Chopra's husband Nick Jonas has shared a picture on social media, in which he is seen getting romantic with her. Nick wrote along with the picture, "Lady in red." With this, he has also tagged Priyanka Chopra. However, social media users have found many such things in this picture, due to which Priyanka and Nick are being trolled fiercely. 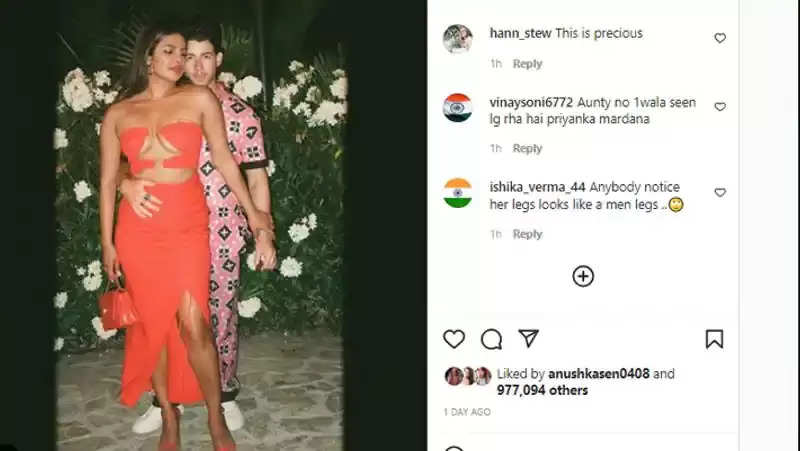 People's attention got to feet
Recently, the picture is being told of the celebrations celebrated in Mexico to celebrate the completion of 6 months of Priyanka Chopra and Nick Jonas' daughter Malti Marie, which was attended by all their family members and friends. In the picture shared by Nick, Priyanka Chopra is wearing an off-shoulder slit dress slit outfit. To complete her look, she has carried a bean-colored handbag and high hills of bean color are seen on her feet.

This picture of Priyanka Chopra and Nick Jonas is being liked a lot by social media users. But many people have paid attention to the feet of the actress instead of Priyanka-Nick's chemistry in the picture and they are commenting in different ways. For example, a user has written, "Lady ke feet look like a man." One user commented, "Her legs are darker than her face." One user commented, "Did anyone notice her feet, which are looking like a man's? One user's comment is, "Aunt no. Scene 1 seems to be Priyanka Mardana."

Nick's age and dress were also made fun of
People are trolling Nick because of the color of Priyanka's dress. By commenting on the picture, most people have tried to convince Nick, which they are calling red color, in fact, it is orange. Not only this, Nick is looking very young in this picture and people are making fun of the couple's age difference. As one social media user wrote, "A 10-year-old boy is molesting a woman." One user commented, "OMG, he looks 12 years old." Some users are making fun of Nick's outfit and asking why is Nick wearing pajamas when Priyanka Chopra is posing so well dressed?" 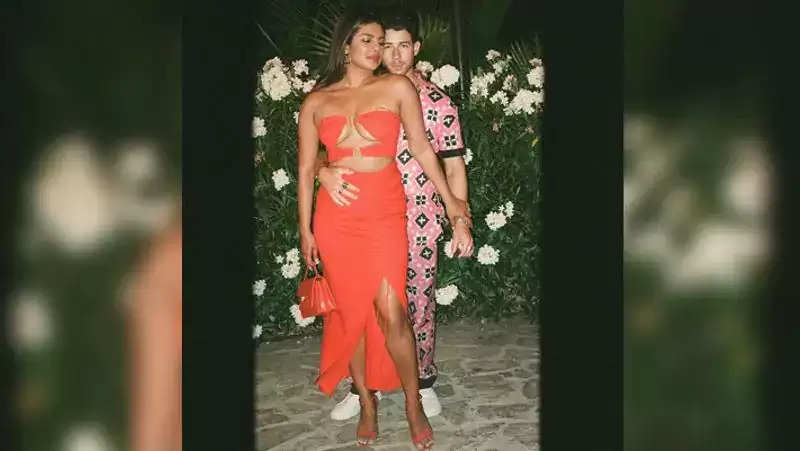 Daughter born through surrogacy
Priyanka and Nick have become the parents of Malti Mary through surrogacy. They had recently celebrated the completion of 6 months of their daughter. Priyanka Chopra's upcoming Hollywood films are 'Anything Things' and 'It's All Coming Back to Me. She will also be seen in the web series 'Citadel'.