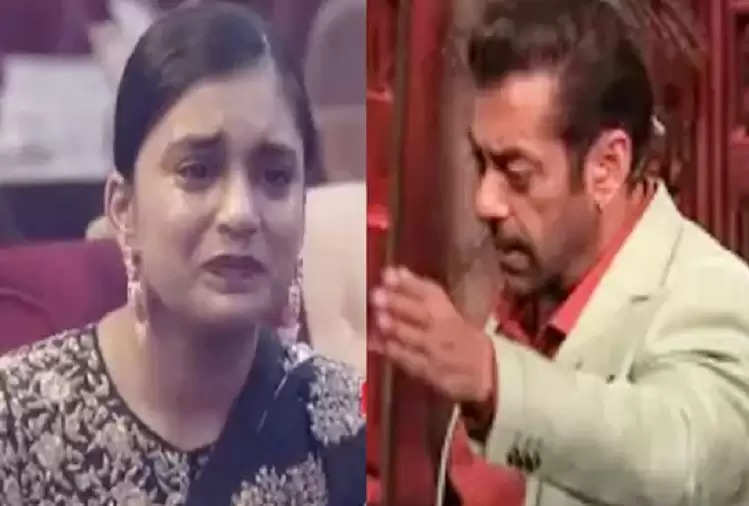 Salman Khan will be seen giving lessons to Sumbul Touqueer in the latest 'Weekend Ka Vaar' episode of Bigg Boss 16. When Salman tells Sumbul that he is 'obsessed' with Shaleen Bhanot, Tina Dutta seems to agree with his statement. Sumbul cries listening to Salman and says she wants to go home. Salman asks her to leave Bigg Boss and says no one is stopping her.

The video starts with Salman pointing to the contestants on the screen in front of him and saying, "Sumbul is obsessed with Shaleen." In response to that, Shalin said, "She (Sumbul) is 20 years younger than me..." Then Salman is heard saying, "Itni kaunsi gahari dosti hai ki Tina ko five minutes nahi degi baat karne ke liye." Tina quips and reacts to Salman's statement about Sumbul being possessive, saying in Hindi, "When Shalin goes to the bathroom, she waits outside for him."