Bhool Bhulaiyaa 2 Title Track Out: See whose bell Kartik Aaryan tied around his neck, being compared to Akshay Kumar's swag 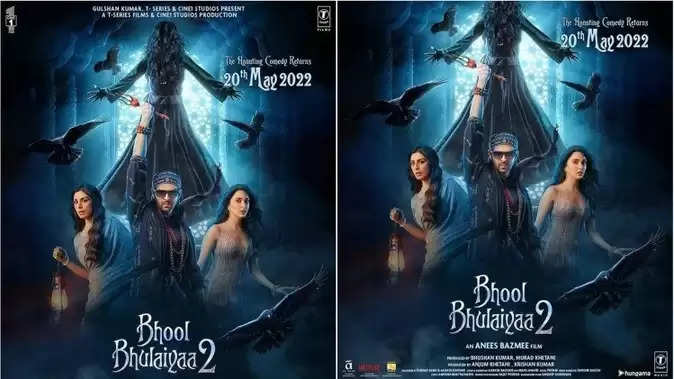 After the tremendous success of Bollywood's famous horror comedy film Bhool Bhulaiyaa, the makers are ready to release the second part of this film. Fans have been waiting for the sequel of this film for a long time. In such a situation, with the beginning of May, this wait of the audience is going to end soon. Meanwhile, after the strong trailer of the film and the looks of its star cast, the makers have now released the first song of the film. 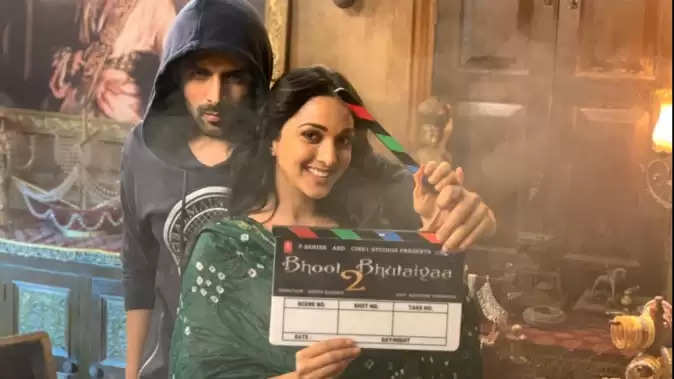 Giving information about the song of the film, actor Karthik Aryan, who is seen as the lead artist in the film, gave information on his social media account. Sharing the post on his official Instagram account, informed about the release of the title track. Sharing the post, the actor wrote, Do zigzag steps with Rooh Baba. Bhool Bhulaiyaa 2 title track out. Along with this, the actor also informed about the release date of this film. Along with this, he has shared the video of the song with this post. The tune of the song of the film surfaced is very similar to the song Hare Ram Hare Krishna from Akshay Kumar's film Bhool Bhulaiyaa. Apart from this, the lyrics of the song are also somewhat similar to the old songs. The original track of the first part of the film was composed by Pritam. While the song has been recreated by Tanishk Bagchi. At the same time, Bosco and Caesar have choreographed the scintillating dance moves of the song Karthik.

Directed by Anees Bazmee, 'Bhool Bhulaiya 2' is a sequel to the 2007 Akshay Kumar starrer film "Bhool Bhulaiyaa". Apart from Kartik Aaryan, Tabu and Kiara Advani will also be in it, releasing on May 20. At the same time, talking about the first part of the film, Akshay Kumar, Vidya Balan, Rajpal Yadav, Ameesha Patel, Shiney Ahuja and Paresh Rawal were seen in 'Bhool Bhulaiyaa'.