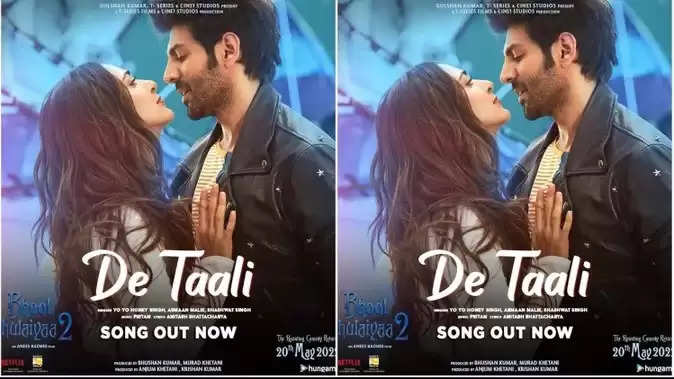 One of the most awaited films of Hindi cinema, Bhool Bhulaiyaa 2 is all set to release in theaters soon. The film has been stuck waiting for its release for a long time. Fans are desperate for this film since the announcement of the film. In such a situation, since the trailer of the film, the audience is looking very curious about it. In this sequence, now the makers have released another new song of this film. 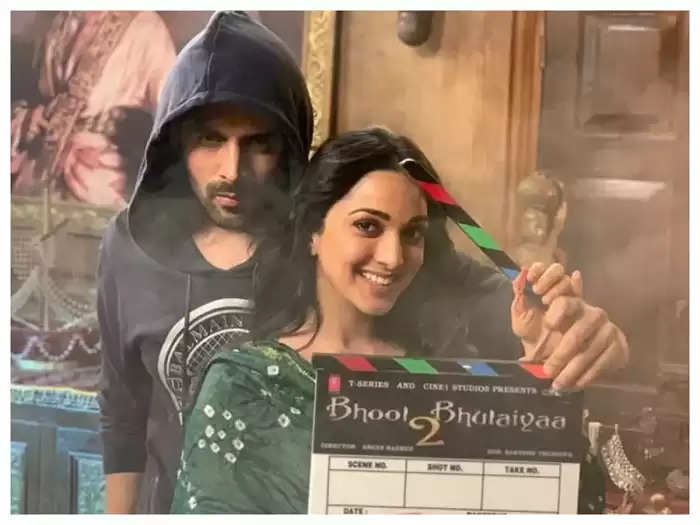 Recently, the makers have released the new song De Tali from Kartik Aaryan and Kiara Advani starrer film. Actor Karthik gave information about this by sharing a post on his official Instagram account. Sharing a poster of this new song, the actor wrote in the caption, New offering from Honey Singh, Armaan Malik, Pritam Da and Shashwat Singh, with choreography by Adil Sheikh. Along with this, he also told that the third song of the film De Tali has been released.

In this new song of the film, Karthik is seen in a very colorful style. At the same time, actress Kiara, who is seen with him, is also seen in a different style. In the song, Kartik is donning a denim jacket with blue jeans, while Kiara looks beautiful in blue jeans pairing Kartik with a white top. The music of this song, shot in the beautiful valleys surrounded by snow, will make you shudder.