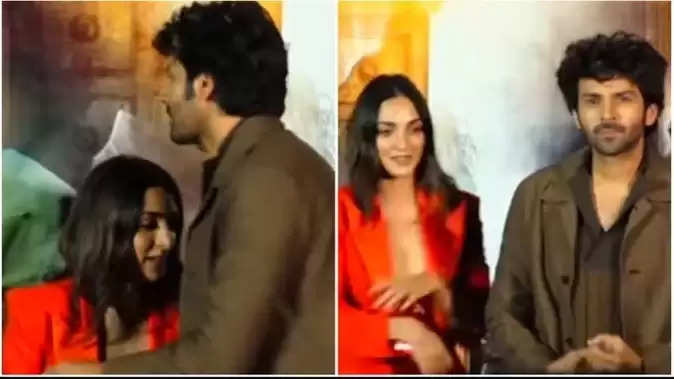 Kartik Aaryan and Kiara Advani's film 'Bhool Bhulaiyaa 2' is going to release in theaters very soon. This film is a sequel to the 2007 film Bhool Bhulaiyaa. Kiara and Karthik are constantly busy promoting the film. He is constantly attending every show and event. Recently, Kiara and Karthik had reached for the promotion of their film. Then Kiara was feeling somewhat uncomfortable about her dress, after which Karthik helped her in this situation. 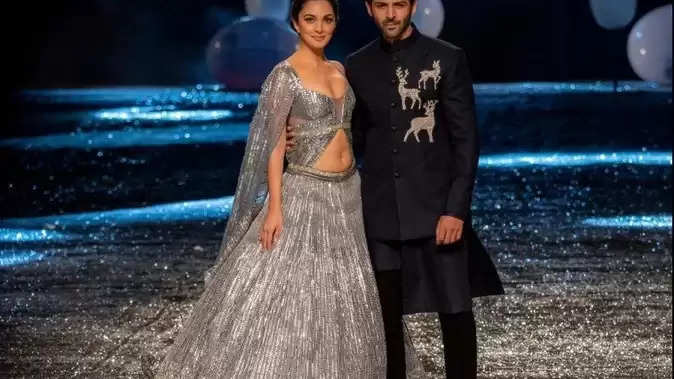 Actually, Karthik Aryan and Kiara Advani are talking to the media on the stage. Meanwhile, both have to get up, but Hira Advani is feeling uncomfortable getting up because of her red short dress. After this she tells something to Kartik Aryan and Kartik immediately gets up and stands in front of Kiara. Then the actress stands by her support and corrects her dress. After seeing this video, seeing the gentleman side of Kartik Aryan, the fans are praising him a lot and also remembering Sushant Singh Rajput. Actually something happened that during the promotion of the film Raabta, Kriti Sanon was in a short dress and she was not feeling well to get up due to the dress. Then Sushant Singh Rajput helped him. He stood in front of Kriti. 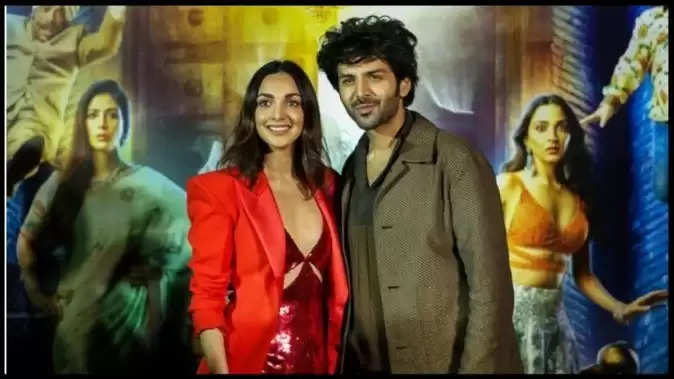 People are eagerly waiting for Kartik Aaryan's horror comedy film Bhool Bhulaiyaa 2. The film is directed by Anees Bazmee. The star cast of the film has completely changed. Kiara Advani, Tabu and Rajpal Yadav are also going to be seen in this movie. The trailer of the film was released a few days back. Which the audience has given a lot of love.