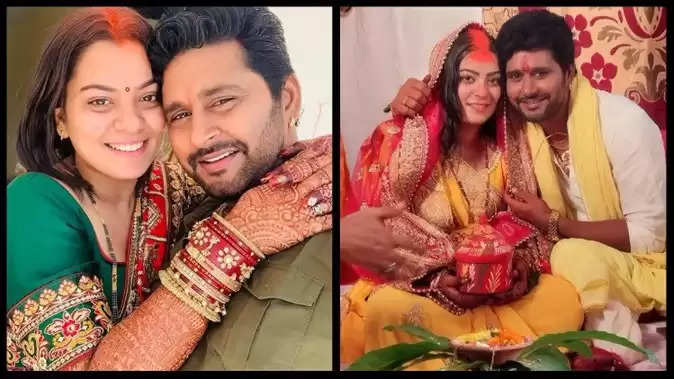 In the ongoing wedding season across the country, it cannot happen that there is no marriage in the cinema world. Known as the power couple of Bhojpuri industry, Nidhi Jha and Yash have tied the knot after being in a relationship for a long time. The couple got married in a hotel in Mumbai recently. Hearing the news of his marriage, his fans were overjoyed and were congratulating him a lot. Fans were waiting to see their favorite couple together after marriage. Finally their wait is over, the post wedding pictures of Nidhi and Yash are now becoming very viral on social media. 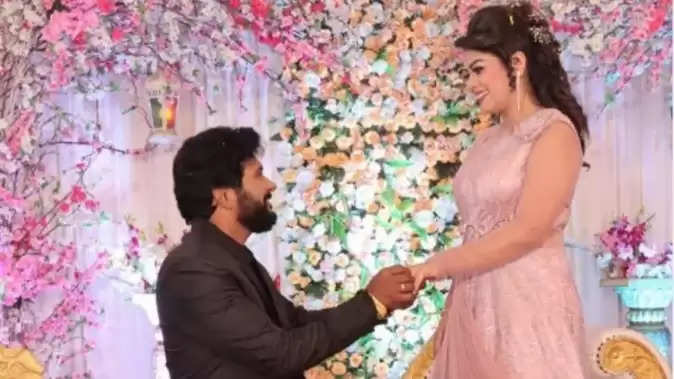 Yash has shared his first picture after marriage on his official Instagram account. In this picture, Yash looks very happy with his wife Nidhi. Nidhi Jha's no makeup look is visible in this viral picture. Sharing this, he writes, "First picture after marriage with his wife Nidhi Mishra..." In the picture, Nidhi looks like a completely new bride wearing a bangle in her hands.

Nidhi, who tied the knot on May 2, shared pictures of all her wedding rituals with her fans on Instagram. In one picture, Nidhi is sitting in a yellow sari with an urn in her hands. Along with her, her husband Yash is also seen sitting. Fans of both are constantly commenting on the picture. Along with the fans, many celebs have also showered their love on the newly wed couple. It includes names of other artists like Poonam Dubey, Arvind Akela Kallu, Kajal Raghavani, Raghav Nayyar and Priyanka Reverie among others.