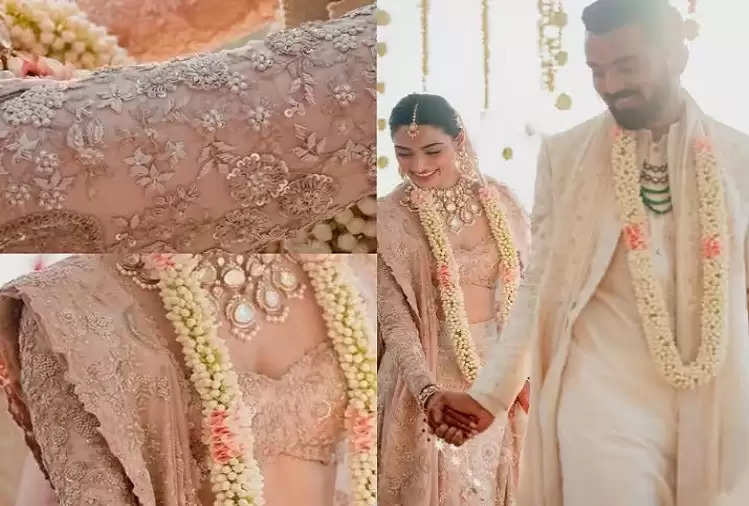 Indian cricketer KL Rahul and Bollywood actress Athiya Shetty tied the knot on January 23 at Suniel Shetty's bungalow in Khandala. The happy couple got married in the presence of their close friends and family. The first pictures of the newly married couple are out and they look resplendent together in royal outfits.

Bride Athiya Shetty wore a pink lehenga designed by Anamika Khanna for the pheras. Athiya Shetty's chikankari wedding lehenga reminds us of Anushka Sharma as she too decided to go with a pastel hue instead of the traditional red. 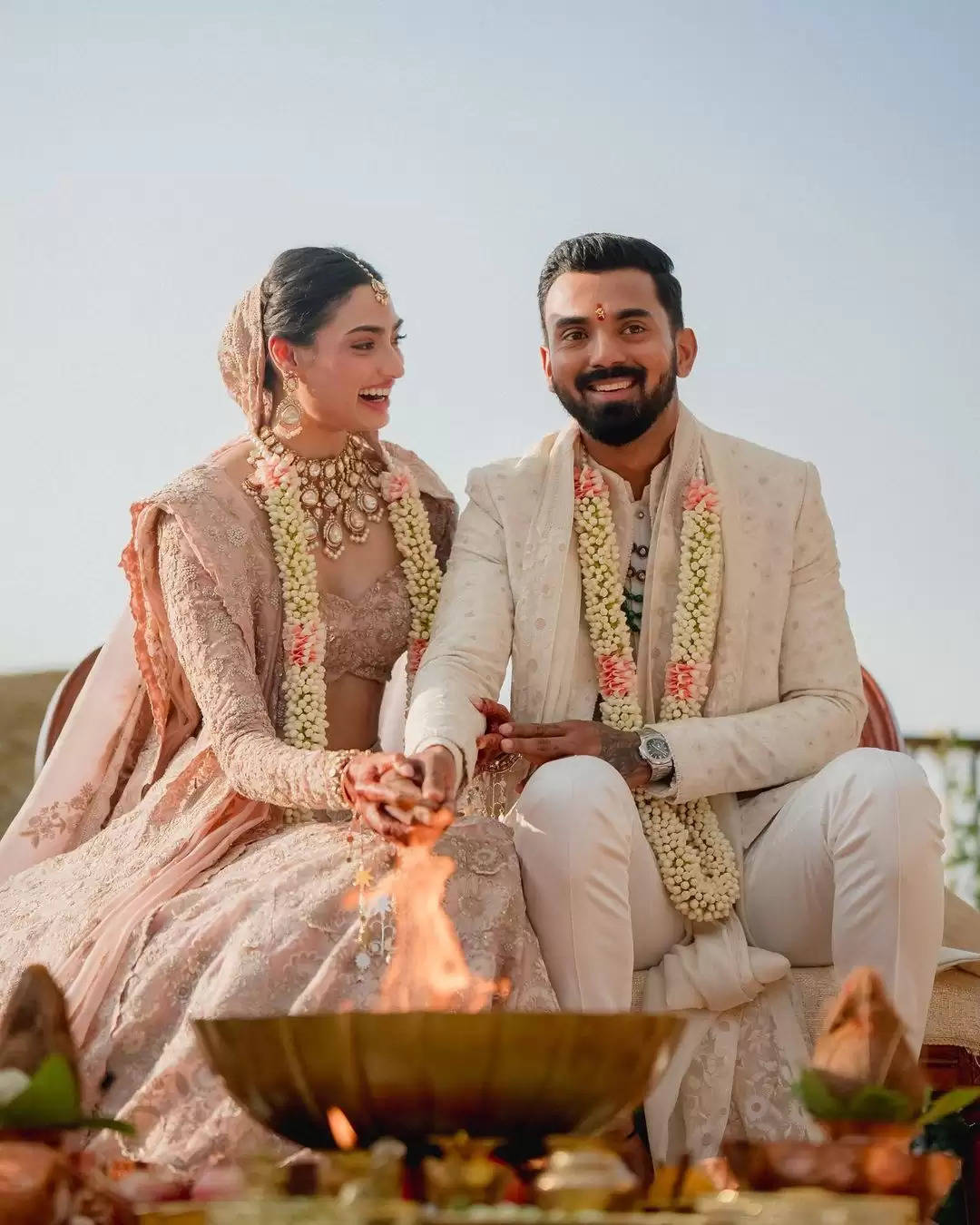 The designer clearly left no stone unturned to create this intricately worked outfit for Athiya Shetty. The pink-colored lehenga is completely handmade, handwoven, and made in silk with zardozi and jaali work. The veil and its dupatta are made of silk angoja. It took around 10000 hours to make, which means it took 416 days to make this beautiful wedding lehenga. 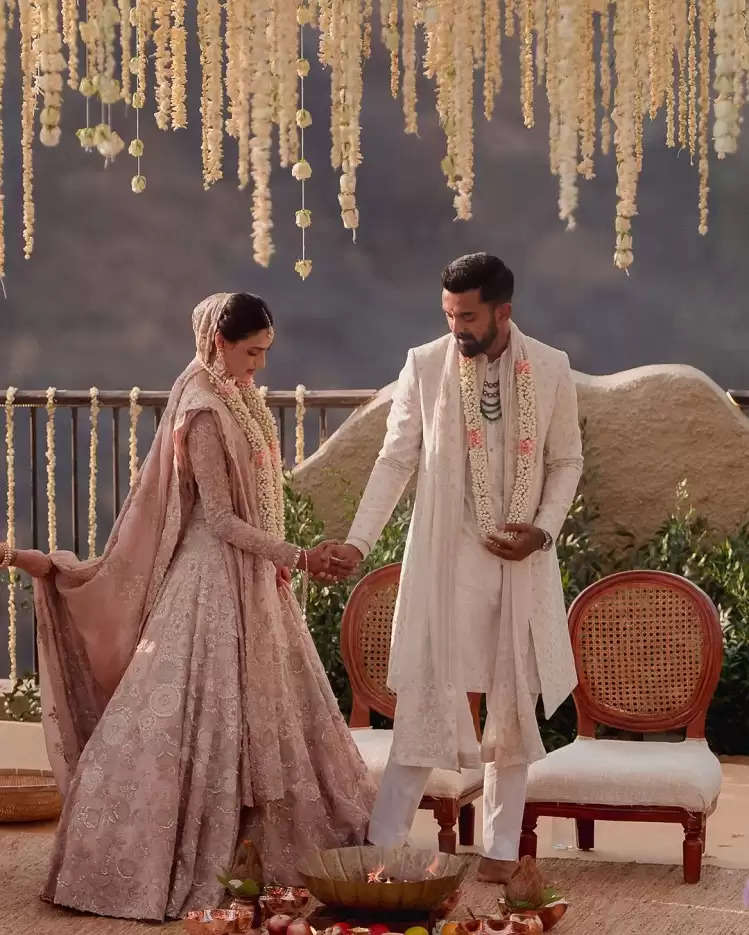 To complement the pink lehenga, the bride sported a huge neckpiece, matching earrings, and a maang tikka. Rahul, on the other hand, wore a lightly embroidered sherwani with a stole.

KL Rahul and Athiya initially kept their relationship very secret. But in the past few months, that was not the case and they often expressed their respect and admiration for each other through social media posts.

While interacting with the media outside the venue, Suniel Shetty confirmed that they are planning the wedding reception only after the IPL. IPL 2023 will start in March and end on June 1.