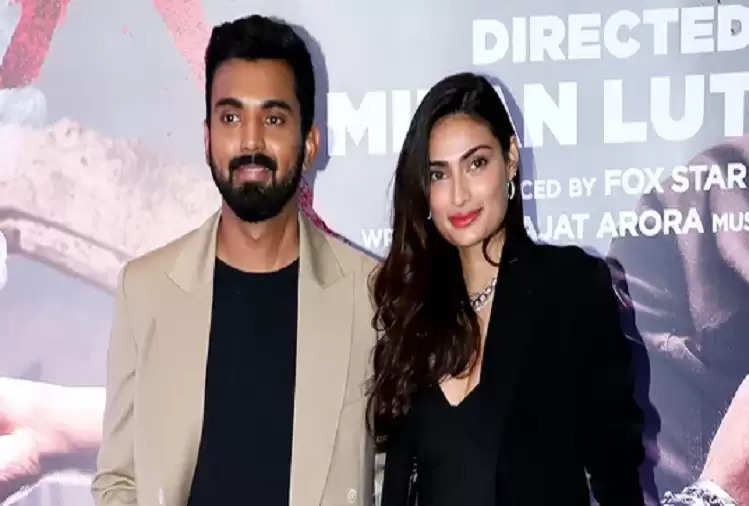 Actress Athiya Shetty took to her Instagram handle on Wednesday to open up about her wedding news with cricketer KL Rahul. The two have been dating for quite some time now, this is not the first time that rumors of their marriage have surfaced on the internet. However, neither Rahul nor Athiya has ever spoken publicly about their wedding plans. 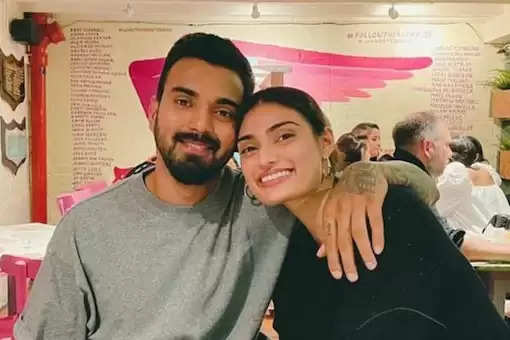 Responding to the recent speculation about the couple's wedding reportedly in the next three months, Athiya wrote on her Instagram Stories, "I hope to be invited to the wedding in 3 months." Athiya and Rahul They had recently gone to Munich together, where Rahul underwent surgery. Over the weekend, several reports claimed that Athiya and KL Rahul will soon tie the knot, likely in the next few months. 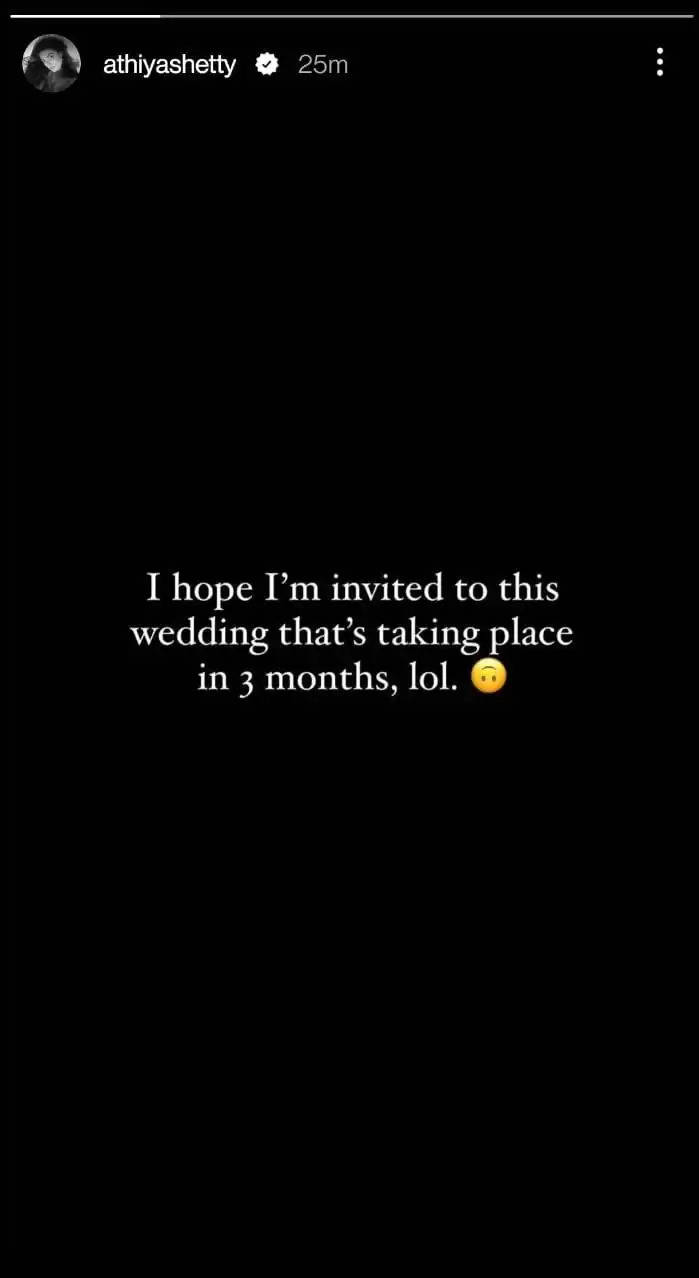 Talking about the wedding rumors, recently actor Suniel Shetty was asked if the family had started preparing for the said wedding. In response, he told Radio Mirchi, "No, nothing has been planned yet!"

Athiya and Rahul made their relationship official last year when Rahul wished the actor on his birthday with photos and social media posts of Athiya and himself. He also shared a close bond with Athiya's family and even posed for pictures at the premiere of Ahaan's debut film Tadap. Suniel Shetty's daughter Athiya was last seen in Motichoor Chaknachoor opposite Nawazuddin Siddiqui.