American Idol: Katy Perry's dress turned into disaster, fell down with chair; Had to make effort to lift people 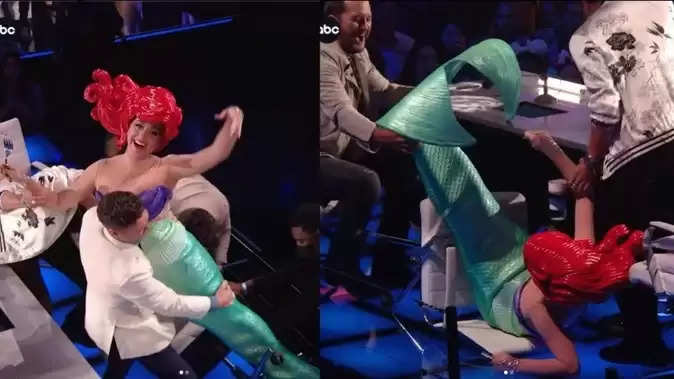 Hollywood singer Katy Perry always attracts the attention of people with her fashion sense. Her every look becomes a matter of discussion. In the Met Gala too, she makes a lot of headlines because of her most different outfits. Although many times due to this she also becomes a victim of the Ups Moment, but this time she did not become a victim of the Ups Moment because of the dress, but fell from the chair in the crowded gathering. This video of him is becoming very viral. The interesting thing is that he has shared this video himself. 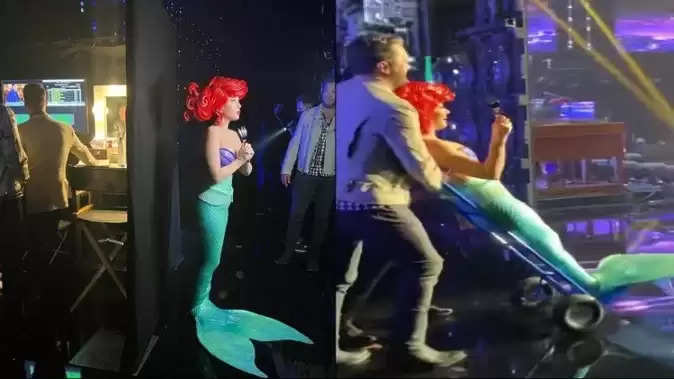 Actually Katy Perry is currently judging American Idol and during this time she reached the show in the look of Mermaid. It can be seen in the video that the host of the show is talking about the contestants when Katy Perry, who is sitting in the judging panel, falls down with her chair. It was too heavy for her to wear this dress as she could not even get up on her own due to being a fish cut outfit, so the host and the co-judges of the panel picked her up with a lot of effort.

It can be seen in the video that as soon as Katy Perry falls down, the rest of the judges can not stop laughing, but Katie also handled this impressive moment very intelligently and laughed it herself too. made. During this, the audience including the judges could not stop themselves from laughing. Let us tell you that the trolley was also used to bring Katy Perry to the chair in the show, because she could not even walk due to her outfit. This isn't the first time that Katy has opted for a look known for her weird Borderova. Even at the Met Gala, every outfit of hers is looted. At the Met Gala event of 2019, Katy Perry arrived in a chandelier outfit, whose lamps were actually burning bulbs. Similarly, once she arrived at the Met Gala wearing a burger outfit, which everyone was surprised to see.