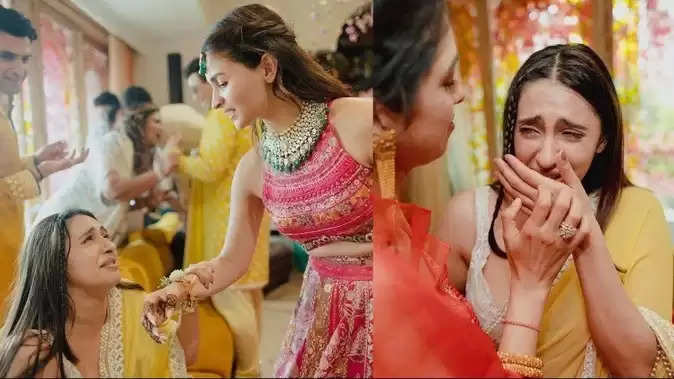 Bollywood's famous couple Alia Bhatt and Ranbir Kapoor tied the knot on April 14 this month, apart from the Kapoor family, some special people attended their wedding, in which everyone looked very happy. Now almost two weeks after the wedding, Alia's best friend Akanksha has shared some pictures of Mehndi Ceremony. In which she looks very emotional at the wedding of her best friend Alia. 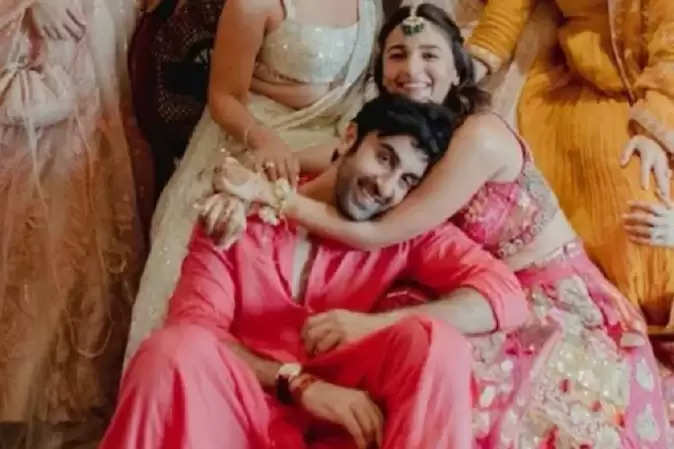 Akanksha Ranjan Kapoor started crying holding Alia's hand
Actress Akanksha Ranjan Kapoor has shared many pictures of Alia Bhatt's Mehndi Ceremony. In some pictures, where she is seen enjoying herself, she is also emotional. In one picture, she is seen sobbing with her hand on her mouth, while in another picture, Akanksha is seen crying holding Alia's hand. Celebs are also seen giving their reaction to these pictures of Akanksha. His elder sister Anushka wrote, Ha ha ha cried a lot, apart from this Athiya Shetty also wrote this is the cutest.

Marriage was kept secret
The marriage of Alia Bhatt and Ranbir Kapoor was kept completely secret and after marriage both themselves came in front of the media. They married at their Bandra home, which was attended only by the couple's family and close friends, including filmmaker-director Karan Johar. However, after marriage, many Bollywood celebrities attended the reception. At present, both Alia and Ranbir Kapoor are busy with their work after marriage. Their film Brahmastra is also ready for release, in which the two will be seen romancing onscreen. Directed by Ayan Mukerji, this film will be released on the big screen on 9 September 2022.