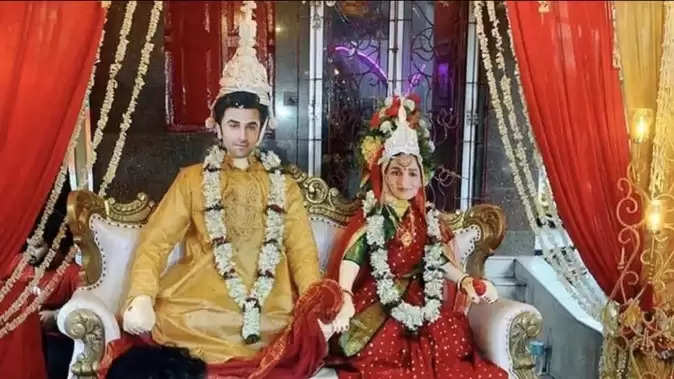 B-Town's most popular couple Ranbir Alia has officially become husband and wife. On 14 April 2022, by traditional customs, both have become each other for life. It is a matter of happiness for the families of both, as well as the entire Bollywood industry and fans are also very happy with this marriage. Photos of the couple's wedding are currently on social media, but in the meantime, Ranbir and Alia have also been married according to Bengali customs and these pictures are becoming increasingly viral. Actually the fans have got the dummy (effigy) of Alia and Ranbir married.
There is a tremendous craze among the fans regarding the marriage of Ranbir-Alia. While both of them took seven rounds at Vastu Bhavan in Mumbai, while in Kolkata, their fans got them married by wearing two dummies in traditional Bengali outfits and putting Ranbir Alia's face mask on their face. In the pictures going viral, it can be seen that this marriage has been done with complete Bengali customs. 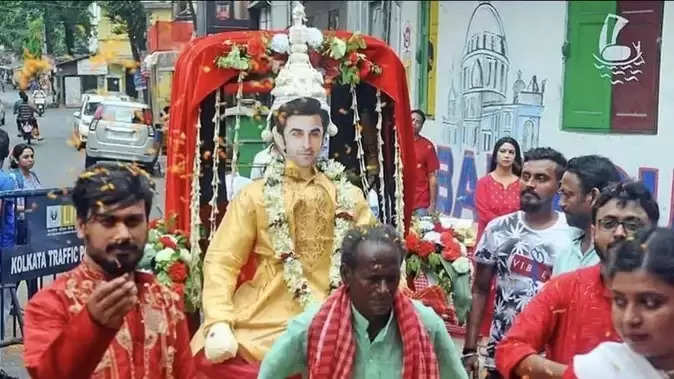 Bride Alia came sitting in a palanquin
In the pictures going viral, where Ranbir's procession is being taken out with full pomp, while the bride Alia is also being brought in a palanquin according to the Bengali custom. The dummy of both the bride and groom has also been made to sit on the stage. Alia Ranbir's fake but interesting wedding pictures are doing the rounds on social media. These pictures have been shared from Kolkata's Illusion page. 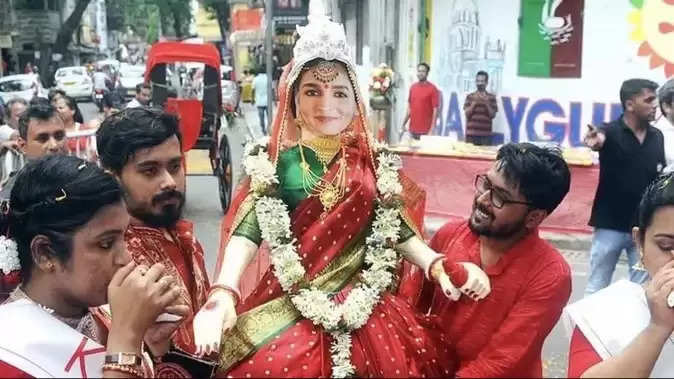 If we talk about the work front, then soon Alia and Ranbir are going to be seen romancing onscreen. His film Brahmastra is also ready for release. This film will be released on the big screen on 9 September 2022. Before their wedding, pictures and glimpses of songs from the sets of the film were also shared, in which the tremendous chemistry between Alia and Ranbir was seen.