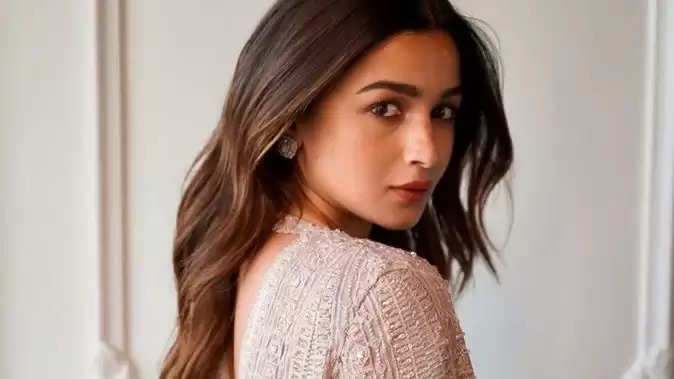 Alia Bhatt is once again engaged in work after marriage. After taking seven rounds in private ceremony with Ranbir Kapoor, now she has returned to work mode. Along with this, his looks have also impressed everyone. Alia Bhatt was spotted at the private airport. Where her glamorous look is making headlines. Actually, Alia Bhatt was wearing bold but quite comfortable clothes. Which was perfect for travel. In such a situation, once again his fashion choice started being discussed. 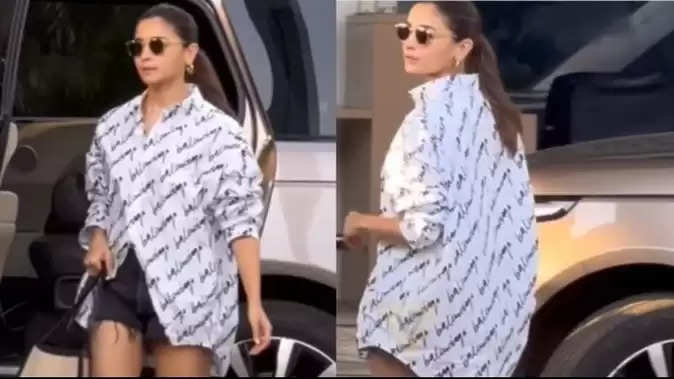 Alia Bhatt always seems to be wearing something like this. Which works to enhance her personality as well as her looks. For the wedding too, Alia wore an ivory shade Sabyasachi sari with minimal makeup. Which was liked by everyone. At the same time, Alia's airport look is also quite comfy. Alia Bhatt, who was going for the shoot, was spotted at the airport. 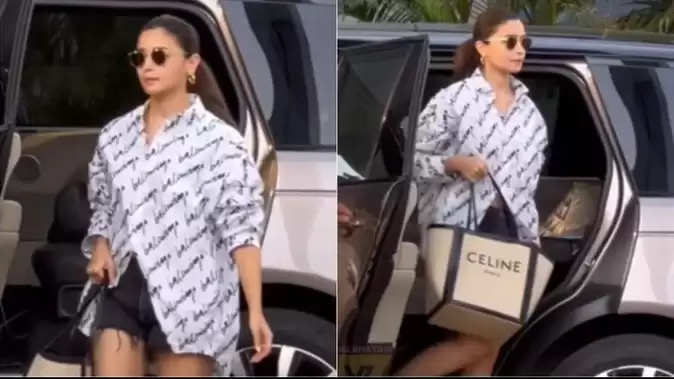 Where Alia was wearing black distressed denim shorts. At the same time, a large size shirt was matched with the shorts of this black color jeans. Which was taken from the luxury fashion label Balenciaga. Black color words were printed on this white color oversize shirt. With which Alia wore slip-on footwear in white. At the same time, along with pony tail, golden hoops and black sunglasses were making her entire look perfect. Let us tell you that after marriage, Alia's flourishing look is being seen. At the same time, she seems to be experimenting in terms of style too. Alia Bhatt wore a pink suit to appear in public for the first time after marriage. On which the dupatta of organza silk was matched.