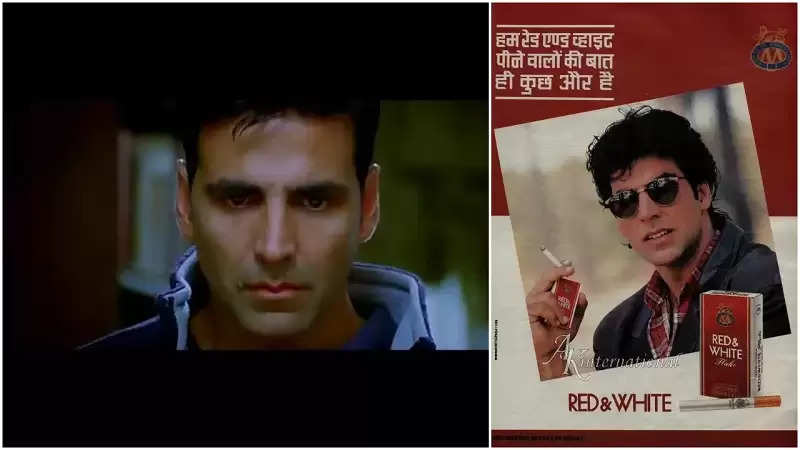 Akshay Kumar trolled after his apology

Khiladi Kumar also apologized to his fans for the advertisement of Pan Masala, but still, his troubles are not taking the name of ending. One thing written by him in Akshay’s apology came to the notice of the people. After which the fans started trolling him.

Bollywood Khiladi Kumar (Akshay KumarHis fans are known for his strict discipline, but these days he seems to be stuck with the advertisement of a tobacco brand. He is also facing the anger of the fans regarding this. Although he also apologized for this, still his troubles are not taking the name of less and it seems that his fans are not in any mood to forgive him and social media. Social media but they have started being trolled once again.

Akshay Kumar wrote a long and wide post on Thursday, apologizing to the fans for joining the tobacco brand, but he got caught in the affair of his apology. One thing written by him in Akshay’s apology came to the notice of the people. In the post, Akshay Kumar has written that “I have never co-coordinated tobacco and neither will.” This line was caught by the users and started trolling them.

Akshay Kumar asked sorry for endorsement of #vimal but not for Red& white cigarettes & Baba elachi !

One user tweeted an old photo of Bollywood superstar Akshay Kumar and wrote, “Please don’t say you don’t support tobacco. You used to be the poster boy for red and white cigarettes. Isn’t it?” Just what was it then, people started sharing tweets on social media and once again put Akshay’s class.

Whenever I go to movies and see the ad of Akshay Kumar is doing that PADMAN and asking to buy sanitary pads instead of cigarettes, I just remember this ad from my childhood.

Apart from Akshay, Shah Rukh Khan and Ajay Devgan were also seen in the ad, but the anger of the fans is bursting on Khiladi Kumar because a public service ad of Akshay is shown in theaters in which he explains to a person that money is wasted on cigarettes. It is better than that instead of asking for a sanitary pad for the wife. Now it has to be seen how Akshay reacts to this.