Story of Satya Nadella, who earns Rs 304.59 crore every year, know how to become CEO of Microsoft 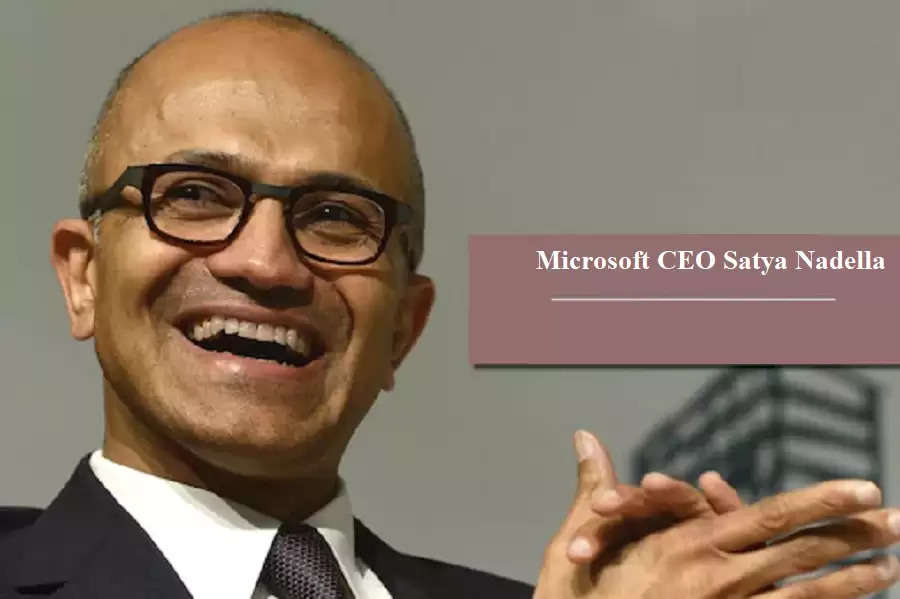 Today is the 54th birthday of Microsoft CEO Satya Nadella. Today we will tell you how Satya has achieved this position in her life. Along with this, how much money does he earn every year?


New Delhi: Today is the 54th birthday of Microsoft CEO Satya Nadella. Nadella was born on 19 August 1967 in Hyderabad. His father's name is Bukkapuram Nadella Yugandhar and his mother's name is Prabhavati Yugandhar. His wife's name is Anupama Nadella. Nadella joined Microsoft in the year 1992. Today we will tell you how Satya has achieved this position in her life. Along with this, how much money does he earn every year?


Nadella is an American business executive of Indian origin. Nadella was made the CEO of Microsoft in the year 2014. In the year 2019, Nadella was named the Financial Times Person of the Year. After this, this year Nadella was also given the honor of Global Indian Business Icon.

What is the salary of Satya Nadella?

How to become the CEO of Microsoft

Let us tell you that Nadella was one of the employees of the company who gave suggestions about cloud computing to the firm. After this, the company invested its time and the resources available to them. Nadella was later given the responsibility of controlling the 'Development Research and Development department, which belonged to the 'Online Services Division', and was also appointed as the Senior Vice President of the same. He joined this department in 2007 and remained a part of it for the next four years.

Nadella then moved to Microsoft's Systems and Tools division and was appointed its chairman. Satya was given shares worth $7.9 million for being part of Microsoft and also receives a salary of $700,000 per year. After working in the firm for a period of 22 years, Nadella was promoted to the post of CEO of 'Microsoft' in 2014. In 2017, Satya Nadella came up with his book 'Hit Refresh'. The book talks about his life, Microsoft, and how technology is changing the world.

Nadella is the company's third CEO and will be the third chairman in the company's history. Earlier, Bill Gates and Thomson had been the chairman of the company. Before Nadella, Steve Ballmer was the CEO of the company. Thomson, 72, will remain active as a lead independent director and oversee Nadella's compensation, success planning, governance, and board operations, the company said in a statement.

How was the education?

After doing his early education from Hyderabad Public School, he studied electrical engineering from Manipal Institute of Technology in the year 1988 and after that went to America to do MS in Computer Science. He did his MBA from the Booth School of Business in Chicago in 1996.

Are crazy about cricket and sweets

By the way, if we talk about Indians, then generally the craze for cricket here is such that it is a big weakness of all of us somewhere. Cricket is considered a religion in India. In such a situation, how did Satya Nadella remain untouched by this? Satya Nadella is a big fan of cricket and he often keeps taking information related to cricket. At the same time, if we talk about Satya Nadella's second weakness, then he is very fond of eating sweets. Satya loves pastries. He himself has admitted that he has a lot of love for cricket and sweets. Therefore, despite reaching the pinnacle of success, Nadella always takes time out for hobbies and likes.