Assembly Election 2022: It doesn't matter if there is no Voter ID card, voting can also be done based on these documents 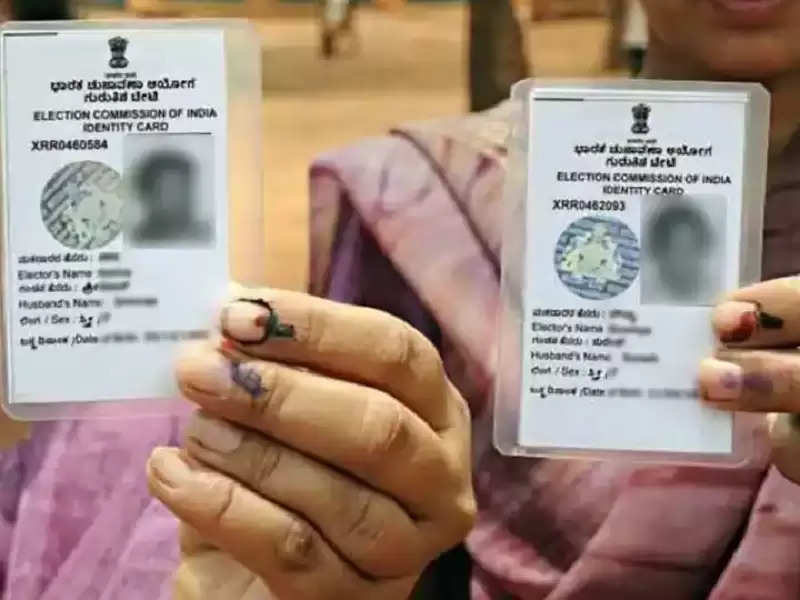 Election 2022: If there will be many voters like this in the assembly elections, then they want to vote but they do not have a voter ID card. In such a situation, you can also vote based on these 11 documents.

Assembly Election 2022: The election bugle has sounded in five states of the country (Uttar Pradesh, Uttarakhand, Manipur, Punjab, and Goa). With the announcement of the election dates in these states by the Election Commission, the model code of conduct has been implemented. Now many voters of these states will also be such people who would like to vote like a conscious person but they do not have a Voter ID card (Voter ID card).

Now their problem is how to cast their vote. If you are also one of those voters, then we solve your problems. If you have any document from the list of documents given below, then you can cast your vote without any hesitation. Let us tell you about those documents...

In the presence of any of these documents, you will be able to vote easily, but the condition is that your name must be on the voter list. At the same time, whether your name is on the voter list or not can be found out by visiting the website of the Election Commission. Here some important information is asked from you. Apart from this, based on the EPIC number mentioned on the Voter ID card, you can also search your name in the voter list. As soon as you enter this number, your details will come in front of you. This number is called voter ID card number, which will be different for every voter.