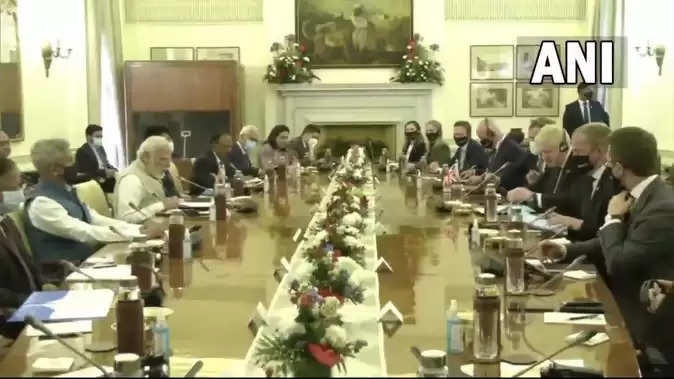 Prime Minister Narendra Modi and British PM Boris Johnson met at Hyderabad House in the capital Delhi on Friday. Delegation level talks were held between the two and many important issues were discussed in it. Where on the one hand both the countries agreed to increase cooperation in the defense sector. According to information shared by the Ministry of External Affairs, a total of two G2G MoUs and four non-official MoUs were exchanged during the official visit of the British Prime Minister to India.

FTM closing by the end of the year
After the meeting, Prime Minister Narendra Modi said that last year we had also established a comprehensive strategic partnership between the two countries and we also launched the Roadmap 2030. Today we also reviewed this roadmap and set goals for the future. The Prime Minister said that the Free Trade Agreement (FTA) is being worked out by the teams of both the countries and talks are progressing. We have decided to complete the FTA by the end of this year. British PM Johnson said that both of us have insisted on completing the free trade agreement as soon as possible. Boris Johnson said that it should be completed by Diwali.

Invitation to join Hydrogen Mission
Speaking on the Free Trade Agreement, Prime Minister Narendra Modi said that in the last few months, India has also concluded free trade agreements with the United States of America (UAE) and Australia. Prime Minister Modi said that today we have decided to further deepen our climate and energy partnership. We invite the UK to join India's National Hydrogen Mission.

Johnson said - had a great conversation
After this meeting, British Prime Minister Boris Johnson said that today we had a wonderful conversation and we have strengthened our relationship in every way. The partnership between India and the UK is one of the defining friendships of our times. He said the UK is creating an India specific open general export license to reduce bureaucracy and reduce delivery times for defense procurement. 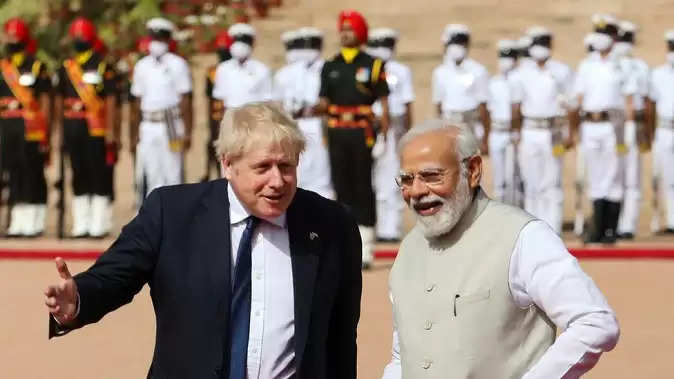 15th largest trade partner
The UK is the 15th largest trade partner in India. If we look at the figures of the year 2020, there was a total trade of 18.3 billion pounds between the two countries. Of this, 11.7 billion pounds were exported and 6.6 billion pounds were imported. During the meeting held on Friday, an agreement was also reached on the cyber security program between the two countries. During this, let us tell you that there are investments of Indian companies in 99 ongoing projects in the UK.