The bull got trapped in the balcony of the two-storey house, see in the video what are the tricks adopted to take it off 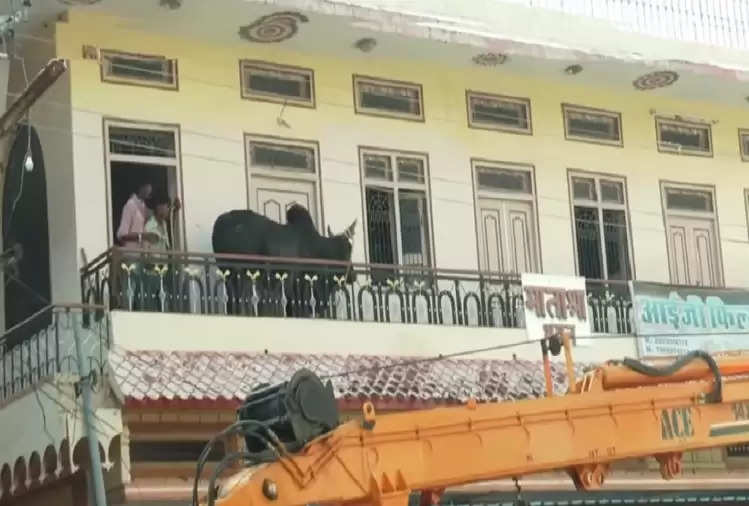 This video was shot in Pali, Rajasthan. The bull climbed into the balcony on the first floor of the house. A huge crowd gathered at the spot to see it. The weight of this bull is being told as 200 kg. It can be seen in the video that the people present there are trying to take off the bull.

When people failed to bring down the bull, they informed the police and medical professionals. It was then lowered down with the help of a crane.

It is believed that the bull must have reached the balcony of the house with the help of stairs to avoid the rain.

After going there, he got trapped because there was no place for the bull to turn on the balcony, so he could not turn, so he got stuck on top. This incident is being told on 3 September 2021.

When it rained heavily in Pali and during this time, perhaps this bull reached the balcony with the help of the stairs of the house to walk through the rain.