The fellow took some selfies with Cheetah! 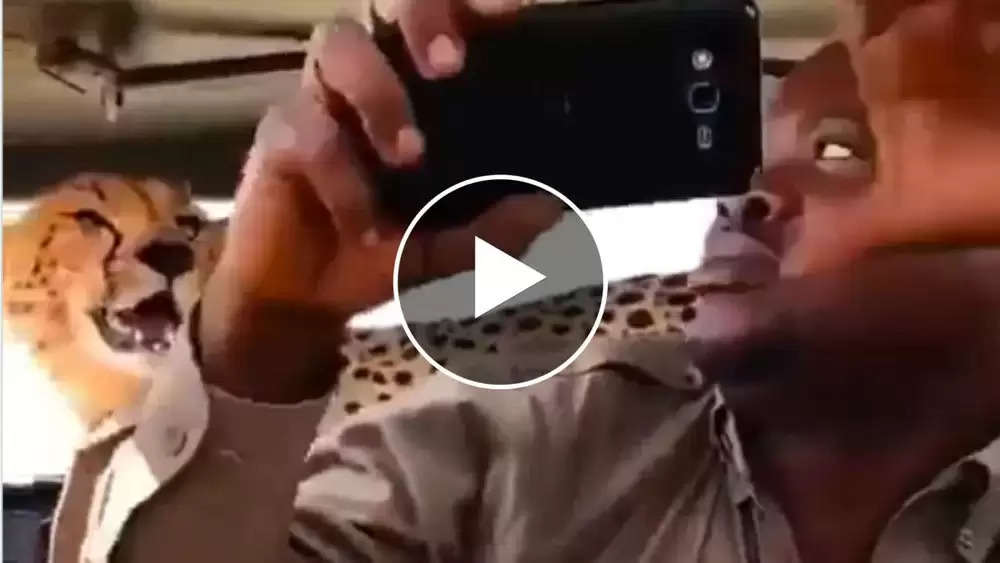 People are not shying away from risking their lives in the desire to take unique selfies. At present, a similar video has surfaced on social media, which has left people stunned. Actually, in the viral clip, a man is shown taking a selfie with a cheetah. It happened that during the jungle safari, a cheetah suddenly jumps and climbs onto the car. Seeing this, instead of panicking, a person sitting inside starts taking a selfie with him. It can be seen in the video that the cheetah is sitting very close to the person's mouth. Now seeing this video, netizens are asking whether this guy is alive or gone.

In the video going viral, you can see that a cheetah is roaming around the safari car. After that suddenly jumps and climbs on it. After this, he jumps on the sunroof and sits there comfortably.

It can be seen in the video that the tourists sitting inside get terrified after seeing the cheetah very close. But then the driver takes out the mobile and starts taking selfie with the cheetah. Tourists are also stunned to see this. Some of them might even be thinking that what a fool this guy is doing. For a moment, even the driver panics. But what happens after that, you see in the video yourself.