Offbeat: Man drinks his own urine every day, claims to be 10 years younger than his age, says - treatment for depression 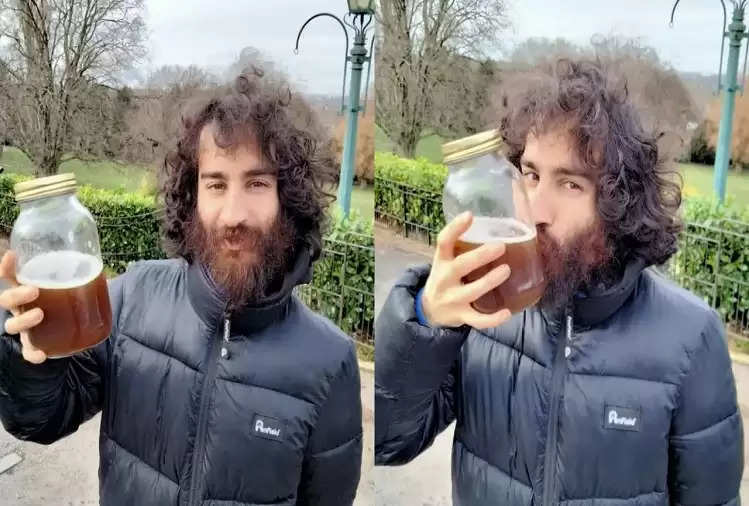 Almost every human being wants to live long and look younger than his current age. While many people adopt Ayurvedic methods, many people use cosmetic products to make themselves look younger. This 34-year-old man from England drinks his own urine daily to look 10 years younger.

A man named Harry Matadin says drinking his own urine has helped him overcome his depression. According to the New York Post, Harry began consuming his own urine in 2016 because he was 'desperate' to fix his mental problem.

He said that 'urine therapy' helped him experience a sense of calmness and determination.

Speaking to the international daily, Harry said, "It was beyond my imagination to know how powerful it was when I drank it."

He said "From the moment I drank the urine, it woke my mind and took my depression away. I felt a new sense of calmness and determination. I thought, wow, I can get this for free and always myself I can keep you in this happy state."

According to the report, Harry drinks about 200 ml of urine daily. Their daily drink usually includes month's urine along with some fresh urine.

As strange as it may sound, Harry says that he likes the smell and taste of his urine, mainly because of the 'benefit and pleasure' it provides.

If not, Harry is also using his urine as a face moisturizer. Elaborating on the health benefits of 'Urine Therapy', he said, "Urine has made me very young. Drinking old urine has made my face look younger and when I rub it on my face, the difference is instant and Clear vision.” You would be surprised to know that his friends are also a part of 'Urine Therapy'.