Bizzare: These food items served around the world are terrible, yet people eat them with gusto! 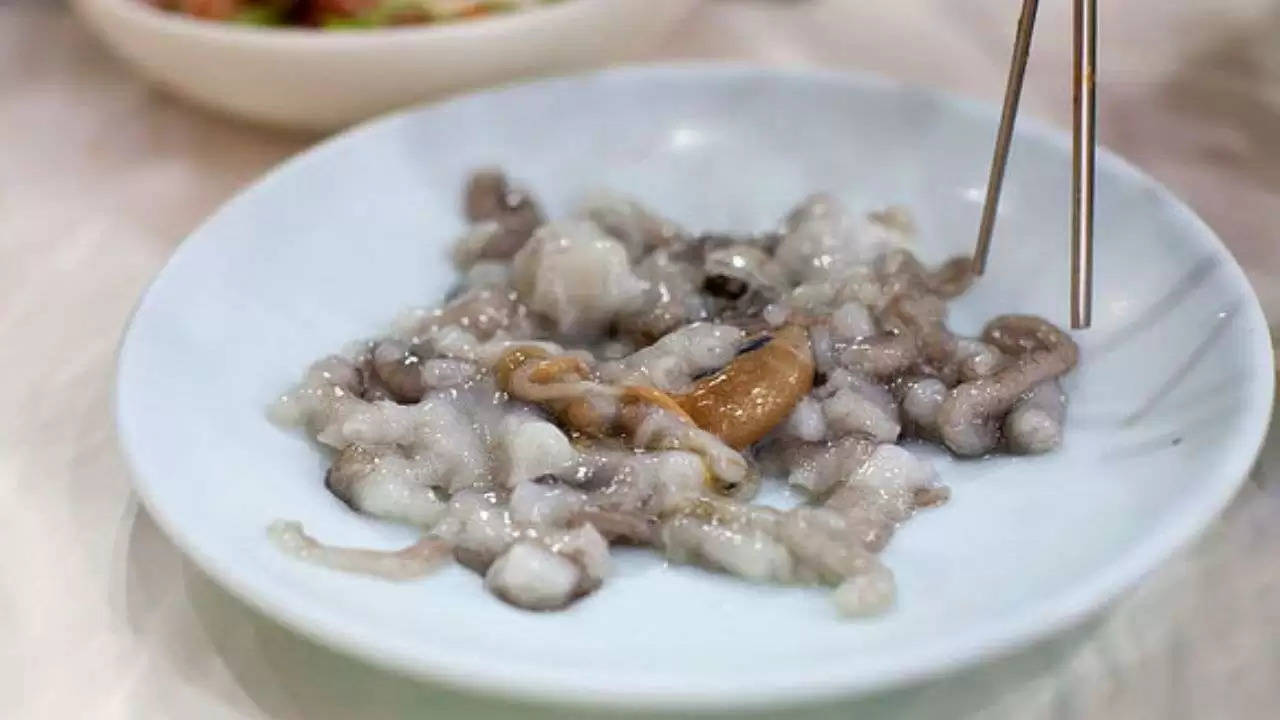 Today there are many people in the world who are very fond of food. They like food from different places and different tastes. Maybe you are also one of those people who are always trying different things for their love of food.

But do you know that today in the world, along with delicious and heart-pleasing food, many such strange things are also served in the food, which you might not believe after hearing about.

So let's know today about some such strange and cheap dishes, which are eaten by many people all over the world with great pleasure. 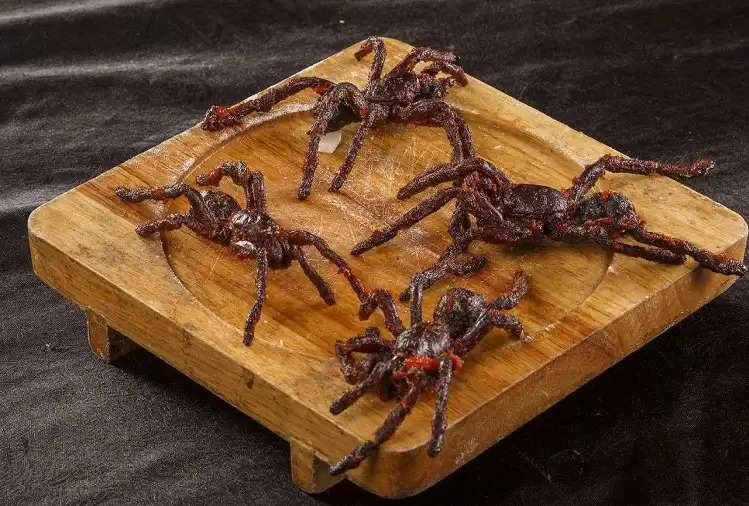 Like many people, you may be terrified of spiders, but they are a very popular snack in the Southeast Asian country of Cambodia. Although the tarantula spider is quite scary to look at, its eaters say that it tastes very tasty and is like a crab.

The practice of eating it started in the 1970s after a famine caused by the "Khmer Rouge" regime. Due to the lack of food, people started eating whatever insects they could find at the time, including silkworms, tarantula spiders, and locusts.

But after some time the people there found out that tarantula spiders taste really good, and so people kept eating them.

Today the Cambodian city of "Scoon" is very popular among tourists for the fried tarantulas found there. Fried tarantula spiders are sold for a dollar per spider, which is very expensive by the standards there.

A kind of fish is eaten in Japan, which can easily take anyone to the dead house. This fish is called "puffer fish" or "fugu". Its skin and internal parts of the body contain the poisonous toxin "tetrodotoxin", which is 1,250 times more toxic than the "cyanide" poison.

Despite this, many people ate it. Due to being so dangerous, only a few selected cooks in the whole country got the license to prepare it for food.

These cooks used to prepare this fish for eating with great care and took care that its poison was removed completely. People were advised to eat it only after going to these licensed restaurants, otherwise, the result could be very bad.

Once in Thailand, fifteen people died after eating this fish, after which this fish was banned, so that more people would not die in its thrill.

A type of raw dish that is very popular in Korea, made from the live octopus. This dish is called "Sankaji". To make this, the octopus is first cut into pieces, then lightly cooked in sesame oil, and then served immediately to eat. For this reason, the body of the octopus and its legs keep moving on the plate even while eating.

The more difficult it is to eat it mentally, the more dangerous it is. Because while eating it, the sticky legs of the octopus are very likely to get stuck in one's throat. Due to which someone can die due to suffocation.

A kind of dish is made in China, for which very old eggs are used. This dish is called century egg. The eggs used in this can be from several weeks to several months.

This practice dates back to the "Ming Dynasty", in which duck, hen, and quail eggs are preserved for long periods of time in a mixture of clay, ash, salt, chives, and rice so that they can later be used as food. can be made as

After keeping for a long time, the yolk of the egg turns into a creamy dark-colored jelly, which the people there eat with great gusto. A pine tree branch-like design or pattern forms near the surface of some egg whites. These eggs are considered superior to the rest of the century eggs, and are also known as "pine flower eggs" or "pine patterned eggs". 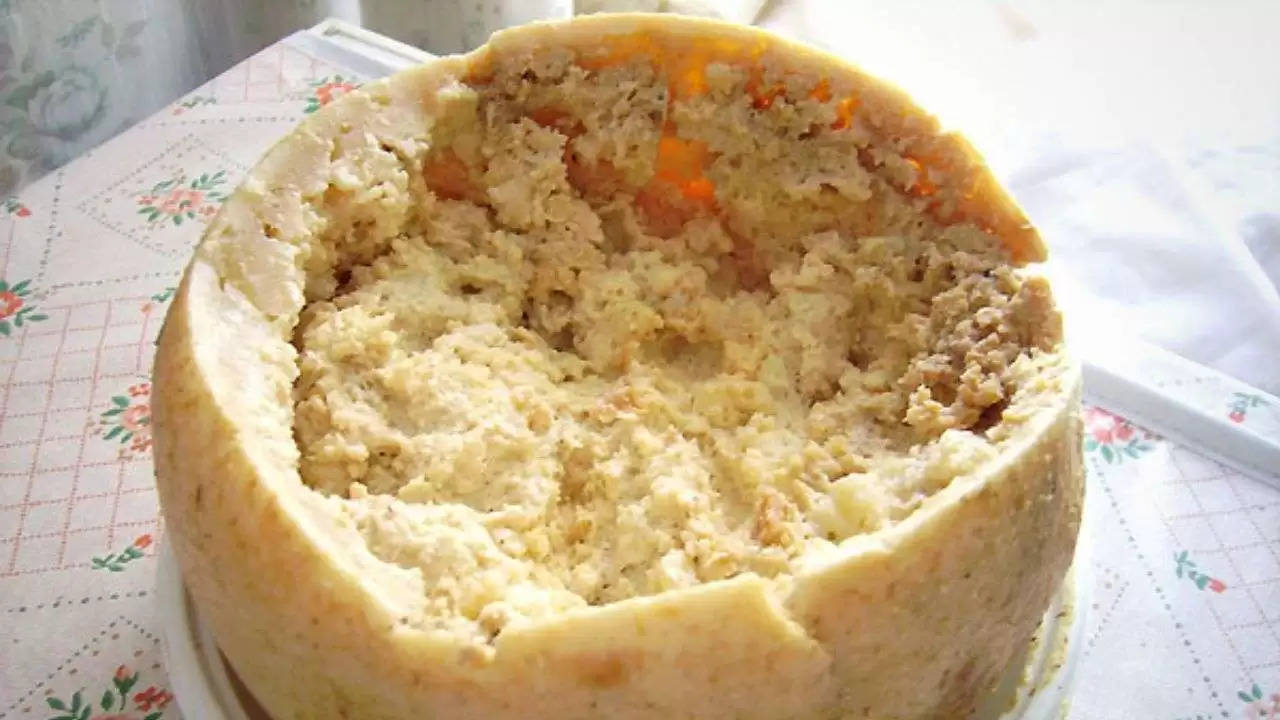 5. Cheese made from insect larvae

A type of cheese is made in Italy, which at the time of eating has larvae of flies in it. It is a traditional Sardinian dish called "casaggiu merzu" or "maggots cheese".

After preparing the cheese, it is left in the open so that flies can lay their eggs in it. After this, this paneer is kept in a dark place, so that the larvae emerge from those eggs and spread throughout the paneer.

The larvae later start feeding on the cheese and pass their feces into it, giving the cheese a distinct flavor and texture. When a person used to eat this cheese, these larvae used to come on his plate too. But the dish was soon banned due to health concerns.

A type of coffee made in Indonesia, which is made from the feces of an animal. It is a cat-like creature, called a "Luwak". Luwak only eats ripe coffee cherries. But their stomach is not able to digest it inside itself, due to which these legumes pass out completely with their feces.

But during this process, the acid and enzymes present in Luwak's stomach give the coffee a special aroma and due to this different taste, this coffee is sold very expensively.

This process takes place on the islands of "Sumatra", "Java" and "Sulawesi" in the Indonesian archipelago. When fully brewed, this coffee sells for US$120 to US$300 per pound. If you are also fond of drinking this coffee, then you can start saving for it now.